The showdown between the New Orleans Saints and the New York Giants turned into an old-fashioned huck-it-chuck-it shootout that fueled more than a few fantasy teams and probably more than a few searches for football cards online.

But it was St. Louis Rams rookie running back Todd Gurley who made history Sunday with an NFL-leading 133 rushing yards and a touchdown to become the first rookie to run for more than 125 yards in his first four starts. Meanwhile, the Rams are 4-3 — and that’s a team that hasn’t finished a season with a winning record in 12 years.

The 10th overall pick in this year’s NFL Draft can be found throughout all 2015 football products and his rarer premium cards like the Certified patch auto above from Panini America have been scorchers. That one’s pushing $200 on eBay right now with plenty of time remaining. Meanwhile, there have been more than 250 sales of Gurley autographed cards to top $100 in recent times on eBay and asking prices for active auctions are even more stout.

Keep reading for nine more players who generated some buzz on the field — and why — this week.

— Drew Brees The Saints QB threw for an NFL record-tying seven touchdowns and 511 yards in a 52-49 shootout victory over the Giants. You can find his RCs in 2001 boxes and the future Hall of Famer’s autographs in many years’ brands since.

— Odell Beckham Jr. The Giants WR was on the receiving end of only eight passes from Eli Manning in the shootout, but that was enough for three touchdowns and 130 yards. That will be enough to keep people looking for his hot RCs from last year’s products.

— Eli Manning The Giants QB wasn’t shabby, either, with six touchdowns and 350 passing yards. His RCs can be found in boxes from 2004 and his autograph can be found in many brands in the years since (just like Brees). 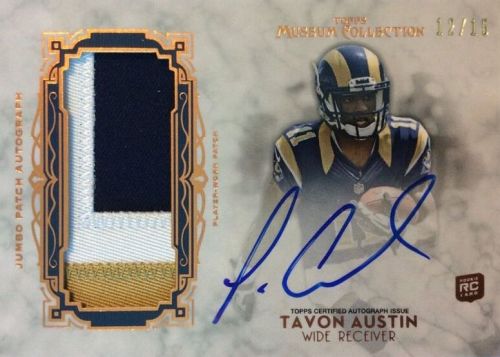 — Derek Carr The Raiders QB threw for 333 yards and four touchdowns in a 34-20 win over the Jets and it was a game where his top rookie receiver, Amari Cooper, didn’t score a touchdown. They already have as many wins this season as they did all of last season so, as odd as it seems to say, things are looking up in Oakland. Carr’s RCs (last year) and Cooper’s (this year) are safe bets right now.

— Julio Jones It wasn’t the prettiest game for the Atlanta Falcons on Sunday and their overtime loss wasn’t impressive, but the showing of their WR from the 2011 rookie class was. Jones finished with 12 catches for 162 yards and a score.

— Demaryus Thomas The top WR this week in terms of yards was this Denver Bronco, whose RCs can be found back in 2010 products. He had 168 yards on eight catches against the Packers. 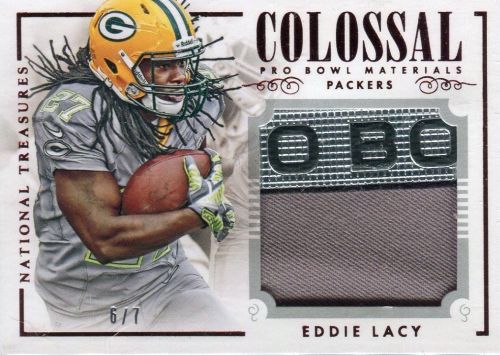 — Eddie Lacy In terms of Bad Buzz, Lacy’s struggles this season continued in Week 8 with the Packers RB scoring a touchdown but rushing for only 38 yards on 11 carries (and that includes a long of 15 yards). He was a top fantasy pick in many leagues and was high on many collectors’ radars. Some may be bailing now — he has just 298 yards and two TDs on the year — but there could be bargains if this 2013 draft class star out of Alabama regains his past form.