The newest wave of Pop! Football figures arrives in December from Funko with one of the NFL’s biggest defensive stars sporting one of the littlest iconic details. 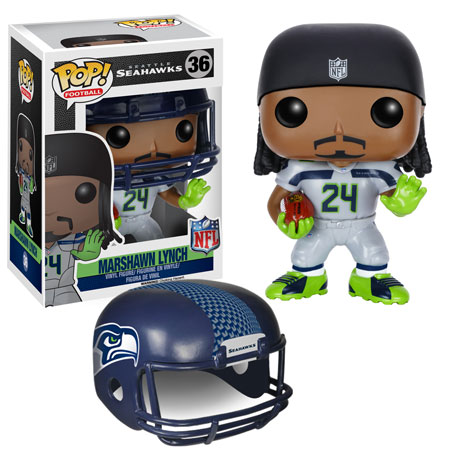 Among the new Pop! Football figures will be a few names collectors have seen before — if they knew the previous wave of figures even existed. This time around, we’re going quarterback-centric with Aaron Rodgers, Ben Roethlisberger, Colin Kaepernick, Jameis Winston, Marcus Mariota, Peyton Manning, Russell Wilson, Tom Brady and Tony Romo along with non-QBs Watt, Odell Beckham Jr. and Marshawn Lynch.

No word on whether Lynch’s includes a Skittles homage, but we’re sure he won’t have a lot to say to the media. (Well, at least pretty sure.)