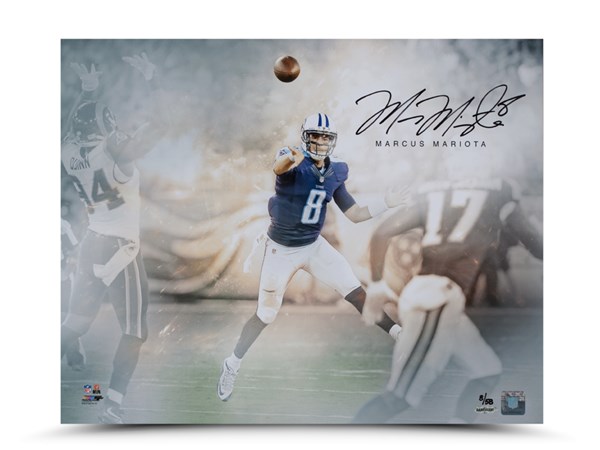 Tennessee Titans quarterback Marcus Mariota will be the subject of a new autographed memorabilia line revealed by Upper Deck Authenticated on Tuesday.

The collection includes photos, helmets and jerseys from both the Titans as well as his Oregon days with mini helmets starting off the line at $224.99. Photos are $324.99, while signed footballs are $349.99 and full-size helmets are $399.99. Signed jerseys start at $499.99 and several versions are available. 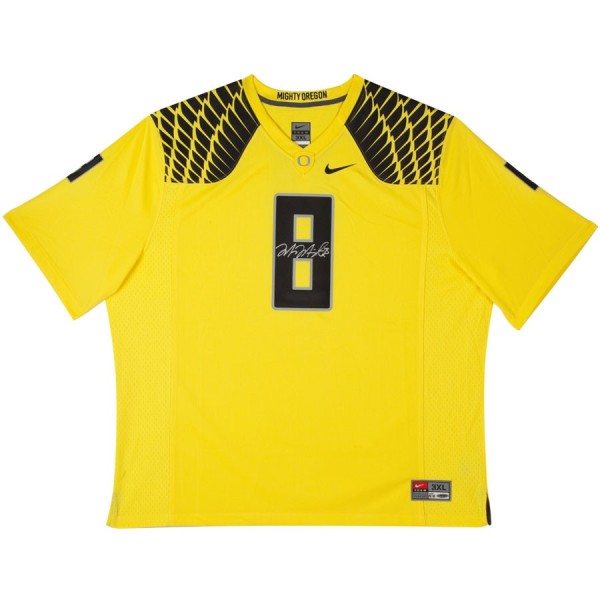 “Mariota had a stunning college career and has already shown tremendous potential with the Tennessee Titans,” said Jason Masherah, President of Upper Deck, in a prepared release. “His star power makes him a perfect addition to our ever-growing roster of young, talented athletes.”

The Heisman-winner from Hawaii already has a pair of four-touchdown games as a rookie for the Titans and will become the leading rookie passer in the team’s history with his next touchdown of the season.

You can see the full line by clicking here.