Jeremy Langford might not be the Bears rookie that many thought would be stirring things up in Chicago, but in Week 10 he was just that with 20 carries for 73 yards and a touchdown as well as seven catches for 109 yards and a score. On the season, the fourth-rounder out of Michigan State has four rushing touchdowns and 225 yards — most of that in the last two weeks. when Matt Forte has been out due to injury. Could the Bears have a new option here on offense? Sure seems like it.

He’s not the only Chicago Bear who generated some buzz on the field this week. 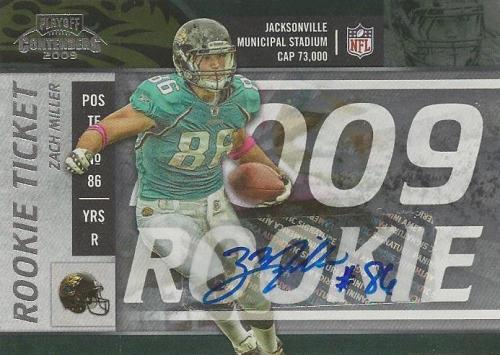 — Zach Miller The Chicago Bears TE has had a pair of impressive touchdowns — but not much else — in the last two weeks but they have been enough to get the attention of Buzz and probably a few collectors. Be warned, though, Zach Miller is not the only Zach Miller — and Zach Miller is not the only Zach Miller who is an NFL tight end, either. This Zach Miller began his career as a Jacksonville Jaguar in 2009 and appears to have Rookie Cards in just two products — 2009 Playoff Contenders and 2009 SP Authentic. His only two certified autographs come in Contenders. After a ridiculous one-handed touchdown and two scores this week — one of 87 yards — he’ll be a guy getting some highlight reel buzz. He’s also a guy who entered this season with just four touchdowns. 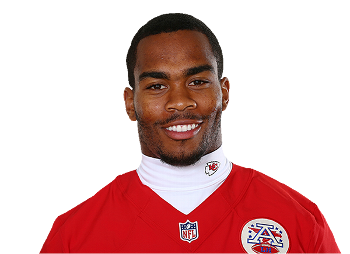 — Charcandrick West This Kansas City Chiefs RB has no licensed football cards right now — perhaps because nobody thought he’d be getting any playing time with Jamaal Charles in Kansas City. But Charles is out and West is in — and he’s posted some decent games. Yesterday? It included 24 carries for 69 yards and a touchdown (his third of the year) but also three catches for 92 yards, which included an 80-yard touchdown. 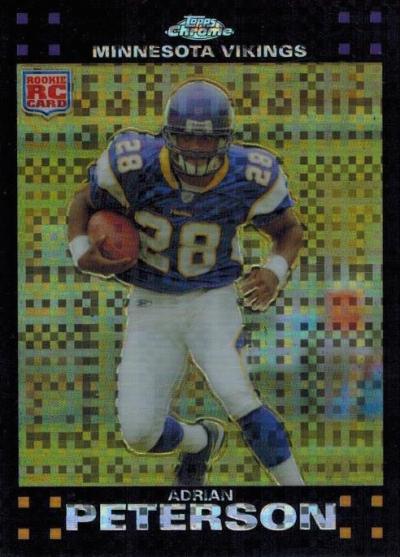 — Adrian Peterson Buzz reluctantly puts this Minnesota Vikings RB on the list because there’s no question his cards are looked at a different way now, but 26 carries for 203 yards and a touchdown in a 30-14 win over the Raiders probably got the attention of some collectors. The next-closest RB yards-wise? Just 112 from LeSean McCoy. Peterson has 961 yards and five touchdowns this season and continues to move his way up the career leaders. He’s 10th on the career touchdown list and 21st in yards. He’ll be pushing or within the top 15 by season’s end. 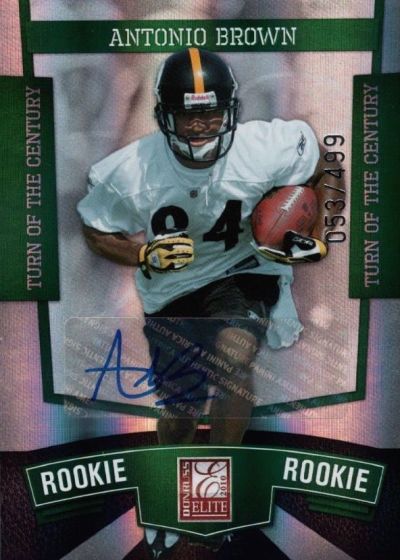 — Antonio Brown Last week, this Steelers WR set a franchise record for most receiving yards in a game with 284 on a record 17 catches. He was the go-to guy for Ben Roethlisberger (who wasn’t supposed to play) once again with 10 catches for 139 yards and two touchdowns. Only teammate Martavis Bryant put up a better day with 178 yards. His RCs are found back in 2010 products.