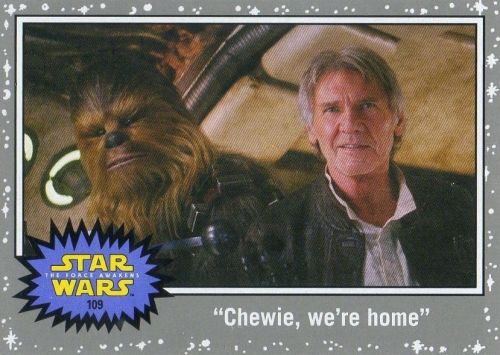 Star Wars is a force. We all know that it’s a behemoth at the box office, a trailblazer in the toy aisle and just about everywhere else these days in advance of The Force Awakens’ arrival next month.

But the sales figures estimates for the toy sales alone so far are staggering.

According to a story in the Wall Street Journal, Star Wars toys may generate $2 billion in sales for the fourth quarter of this year. This estimate is from an Oppenheimer & Co. analyst and is impressive considering Disney bought Lucasfilm for $4.1 billion three years ago.

The story also notes how many stores’ increased space for Star Wars may be affecting other companies, showing that perhaps there’s a dark side to this marketing machine whose push began back on Force Friday.