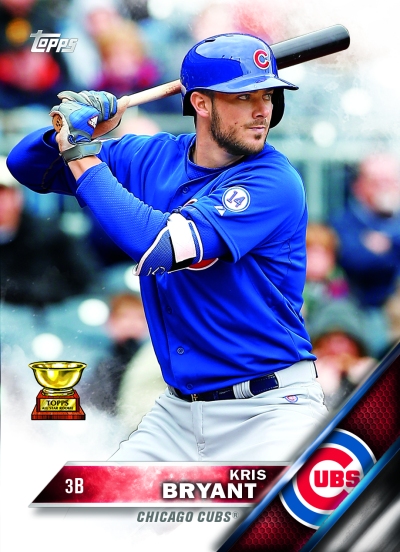 An annual tradition since 1960 is the Topps MLB All-Star Rookie Team and, no surprise, this year’s squad is paced by the reigning American League and National League Rookies of the Year.

Topps revealed the team of players on Friday who will have the Rookie Cup adorning their 2016 Topps baseball cards.

NL ROY Kris Bryant is one of three Cubs to make the team, while AL ROY Carlos Correa was the lone Astro.