The Basics: The base set will consist of 100 cards — a mix of Superstars, Divas and Legends. Atop that there will be 33 NXT inserts, 36 Superstar Perspectives inserts and a 10-card The Rock Tribute, which will be a continuity program found in WWE releases throughout the year. … Parallels will be themed with championship levels — Tag (Bronze, 1:2), Divas (Silver, 1:24), Intercontinental (/10) and Heavyweight (1/1). … Collectors can also expect medallion cards, NXT mat relics, autographs and Relics (all with parallels) as well as printing plates. … Also among the newcomers in this one will be NXT’s Adrienne, Billie Kay, Dash, Dawson and Peyton Royce.  … Fans will get a look at even more WWE releases with promo cards planned for at least three WWE DVD releases as well as code cards for video game rentals through Redbox. … Boxes will carry a suggested retail price of $59.99. 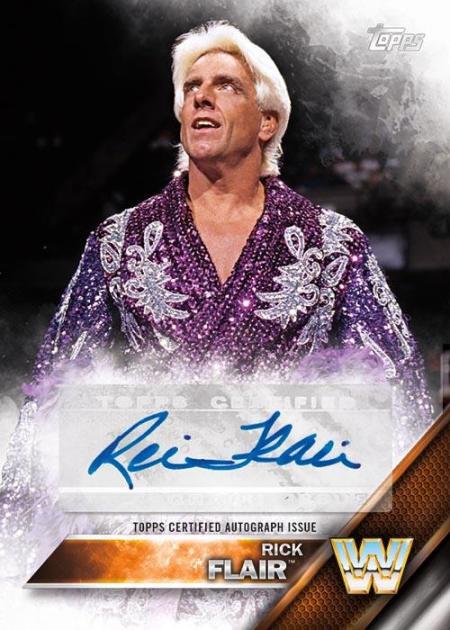