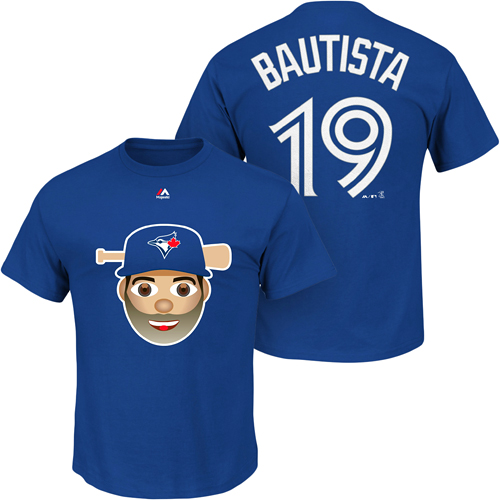 Major League Baseball‘s emoji push began late this season and you can tap into that action with the MLB.com Clubhouse app on iTunes. It’s loaded with emoji and gifs perfect for summing up your thoughts on the game without tying a single word.

But now you can take it a step further with the Emoji Collection T-shirts.

The aim? To make you

MLB and Majestic have joined forces to produce a selection of more than a dozen shirts featuring the emoji that you might have seen from time to time on Twitter or on TV.