Sotheby’s is home of notable auctions that are probably not on the radar of most of us — unless you’re somehow a collector of fine art. 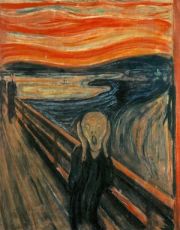 In past years the auction house has sold iconic pieces such as Edvard Munch’s “The Scream” for $119.9 million or Pablo Picassso‘s “Garcon à la Pipe” for $104.3 million. (You probably know the images but not their names.)

If you didn’t believe it by now after watching TV or walking down any aisle in a retail store, there’s one more way to know Star Wars is a big deal this month.

Sotheby’s has an auction coming. 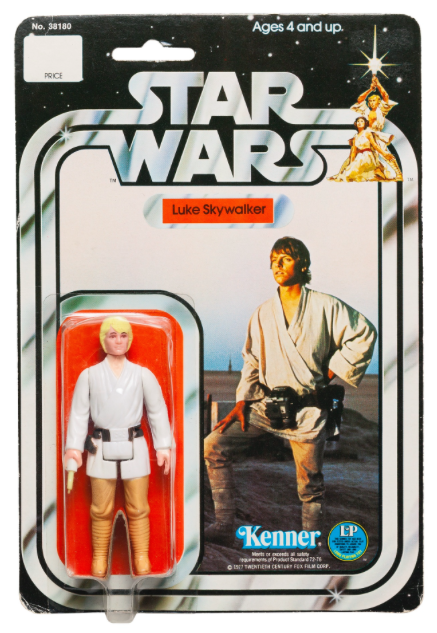 The sale begins at 10 a.m. next Friday with 175 lots of rarities that are nowhere in the galaxy of Munch or Picasso but still very rare. It’s an auction heavy on action figures and items you probably wouldn’t expect to see sold by a fine art and antiquities seller.

(It’s also heavy on memories as even Buzz’s second-grade lunchbox can be found — but with a 2015 price tag that’s beefy but nowhere as expensive as the most-notable items.)

The priciest estimate is $35,000 for two sets of Power of the Force coin display sets from 1985. They were only available from Kenner, while the coins were packaged one per figure in some releases.

Most of the high-dollar auctions are for rare figures like the Luke Skywalker seen above. It’s estimated to go for as much as $18,000 in part due to his double-telescoping Lightsaber, while store displays and international toys still in their packages along with unused proof cards from the packages are prevalent in the auction. Also found heavily in the sale are high-end blasters and lightsaber replicas as well as notable helmets of characters like Darth Vader and Boba Fett.

You can see a sampling of the items in a gallery below or click here to see all 175 lots.