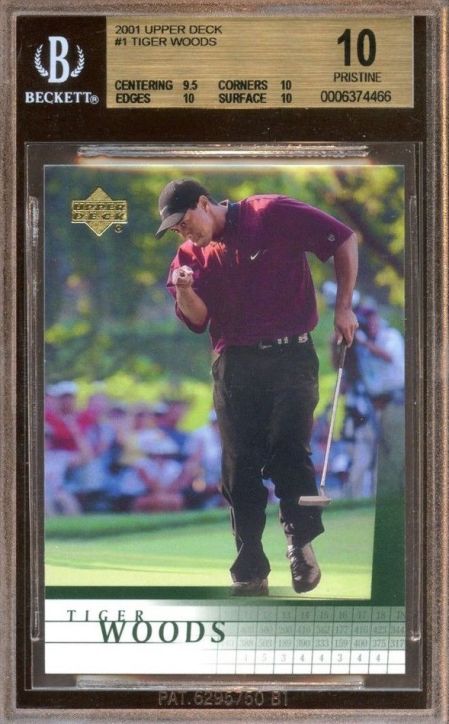 There was a time when Tiger Woods owned the course and owned the hobby.

Now is not that time.

How much has changed? Woods is recovering from a back injury and has trouble walking at times — that’s what he does for physical therapy right now — and he hasn’t won a tournament since 2013. Golf cards? All those 2001 Rookie Cards are still in BGS slabs, but a perfect black-label specimen can be found for a lot less than you might think. There haven’t been any new golf sets since 2014 — despite the arrival of young stars like Jordan Spieth. And then there’s the whole off-course saga of Woods’ personal life.

Woods’ autograph remains an iconic one that’s sought by many but now perhaps without the high price tags attached like they once were — you know, back when it seems not a matter of if but when Woods would topple Jack Nicklaus’ majors victory record.

Now, that record seems out of reach — and Woods getting back on the course is even perhaps in question.

Don’t take our word for it, check out this extensive interview with Woods done by TIME magazine.