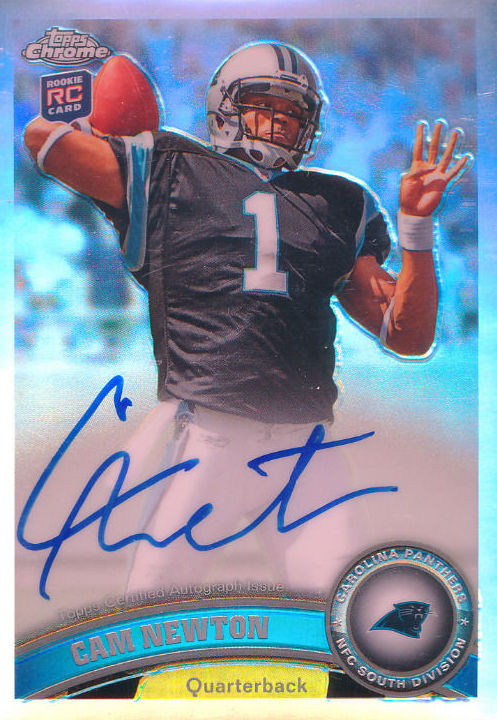 With the Patriots jettisoned from the unbeaten ranks, all eyes are on MVP candidate Cam Newton as his 11-0 Carolina Panthers take on the high-powered offense and no-powered defense of the New Orleans Saints on Sunday afternoon.

Newton has thrown for 2,466 yards and 20 touchdowns this season, scoring seven more times on the ground. His 2011 Rookie Cards have to be among the most-watched right now, too, with Topps Chrome and Panini Contenders autos among perennial favorites with more tradition-minded collectors who can’t swing for the high-end brands. (Or maybe that’s just Buzz.)

Something wants Buzz to call an upset here because the Saints have potential on offense, but … we’ll see.

Keep reading for four more guys to watch on Sunday. 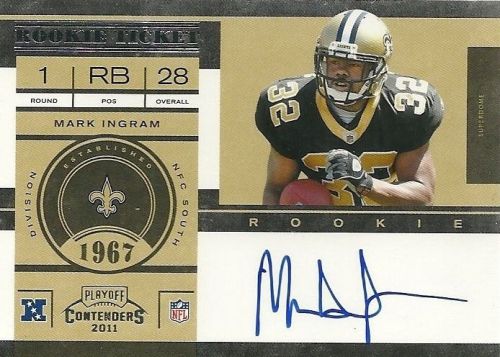 — Mark Ingram The key to the Saints’ upset chances don’t hinge on the passing game — they’ll need that working — but rather the performance of their top RB in Ingram. If this 2011 rookie class member from Alabama can help spark his squad at all, then the 2011 rookie from Auburn might be in trouble. Sure, the Panthers have a top defense … just call it a gut feeling possibility here. 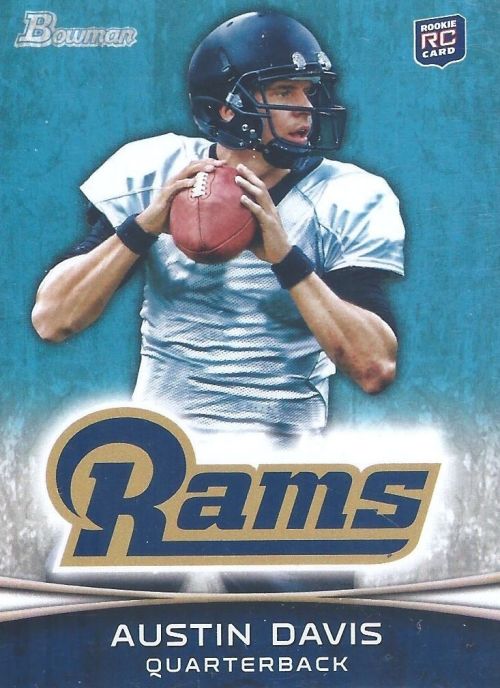 — Austin Davis If you don’t remember seeing a Rookie Card of the Cleveland Browns QB in your stash that’s because he’s a Ram on his RC … his only RC. How rare is it to have a guy with just one RC these days? Well, we’ve had a few breakout backups arrive without any cardboard this season (in Kansas City and Seattle) but, yeah, it seems like it’s rare. Davis has about 50 different cards and not one certified auto since his debut in 2012 Bowman. The other player to watch in the whole mess called Cleveland? Johnny Manziel. The longer his bench time lasts, the more Buzz thinks he’s done/gone. When he does play, he’d better deliver. (Meanwhile, kudos to whomever has the Bengals defense in fantasy … like Buzz does.) 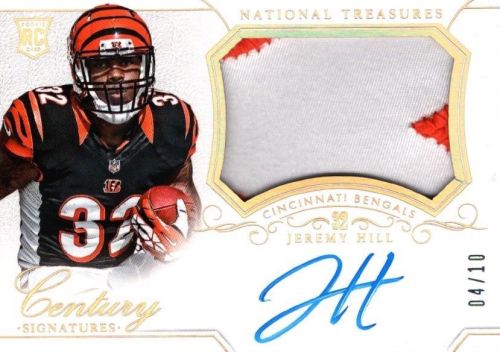 — Jeremy Hill Remember last season when Hill was one of the better-selling rookies? Same guy this season, but the numbers haven’t been there. The Bengals RB had his best game of the year last week and faces the Browns defense who is seventh-worst in the NFL against the run this season. At worst, he’ll at least improve upon his showing against the Browns back in Week 9 when he and Giovani Bernard combined for 124 yards. 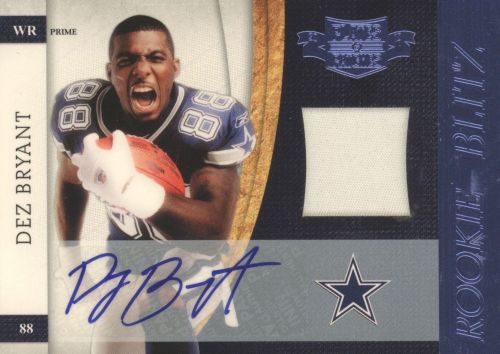 — Dez Bryant With the drama that is the Dallas Cowboys and the health of Tony Romo this season, it seems odd to say that Bryant has been off the radar. He’s played six games this season and has just one 100-yard game but maybe some sparks will fly against Washington this week? His 2010 Rookie Cards have been watched heavily in recent years but Buzz thinks he’ll need some big games between now and season’s end for people to still dig in … at least outside of Dallas.