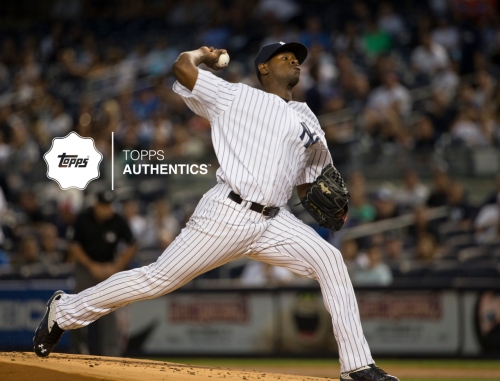 Topps Authentics now has an ace on its roster as New York Yankees rookie Luis Severino has signed a exclusive autographed memorabilia deal.

The right-hander’s autographed baseballs, jerseys, oversized cards and other memorabilia will only be signed for Topps Authentics going forward.

Topps Authentics previously launched with American League Rookie of the Year Carlos Correa of the Houston Astros as its core player. The autographed items for both players are initially sold only via Topps.com.

“We are excited to have a player of Luis’ caliber join the Topps Authentics program,” said David Leiner, Topps’ VP & General Manager of North American Sports and Entertainment. “He’s a great, young player with a high ceiling. He’s the type of player – on and off the field – that we love to work with.”

“I’m very excited to start this new venture with Topps,” Severino said. “I have been working with them since my first year in the minors and their products are always exciting and top of the line.”