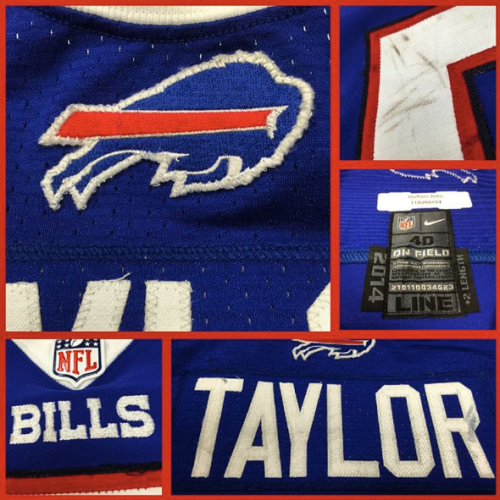 Panini America took a few minutes to examine and snap the images of a game-used Tyrod Taylor gamer that arrived in its door on Thursday because it’s going to make a little history after it goes through some de-construction.

Despite its 2014 tagging, the jersey is from Sunday’s 30-21 win over the Houston Texans – a game where the Buffalo Bills quarterback threw three touchdowns and rushed for one more.

Why is this a big deal? He’s never had a memorabilia card despite playing time in each of the last five seasons. 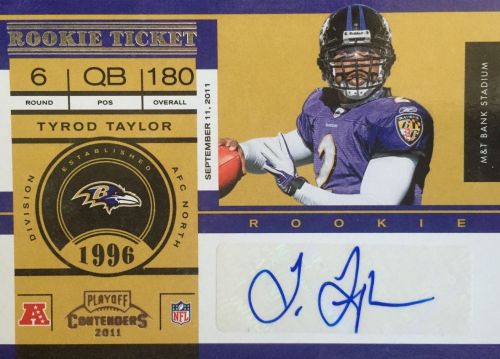 According to Panini, the cards will appear in packs of 2015 Panini Luxe and 2015 Panini Flawless football cards arriving later this cardboard season.

In 10 games as a starter, Taylor has thrown for 2,370 yards and 17 touchdowns for the 6-4 Bills. He spent the last four seasons in Baltimore where he completed 19 of 35 passes for 199 yards spread across 14 games after being taken with a sixth-round pick back in 2011.

Despite his limited playing time, he’s appeared on nearly 300 different football cards during that time, including more than 100 different autographs — just never a single game-used — or even event-used — memorabilia card.

He also doesn’t yet appear on any Buffalo Bills cards, either.