Main focuses: My collecting focus is Rookie Cards of every baseball player with a primary emphasis on Hall of Famers and All-Stars. Additionally I collect memorabilia and autograph

cards of Hall of Famers and ocassionally work on iconic insert sets, such as the 2000 Greats of the Game autographs set (which I completed in mid-2015) and Elite Series inserts from 1991-1996.

Current collecting projects: In addition to chasing Rookie Cards or early cards of Hall of Famers, I am working on the 1994-1996 Elite Series inserts to add onto the 1991-1993 run that I already completed. 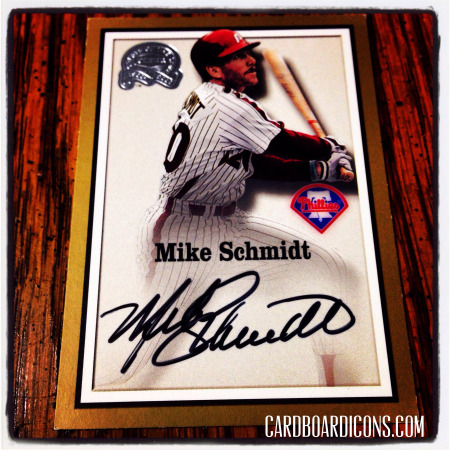 One cool card I own: 2000 GOTG Autographs Mike Schmidt, reportedly limited to 350 copies. This was the final card I had to track down to complete the 92-card autograph set.

Best pull: My best pull was a 2001 Upper Deck Hall of Famers Cut Signature Walter Johnson, reportedly limited to five copies. The card was pulled from a 7-Eleven in San Jose, Calif., and was eventually sold for $3,605, which was recorded in Beckett Baseball a month later. The money was used to assist me through college.

In his words: I began collecting in 1987 and quickly found that it was a way for me to connect to the game of baseball. I was really the first person in my family to take a liking to the game and with cards I was able to expand my knowledge of the young players of the time (Gregg Jefferies, Mark Grace, Ken Griffey Jr., etc.) and was able to learn about the rich history of the game. Over time cards became an outlet for me to get away from the negative things in life, including friends who chose different paths and got into legal troubles, as well as other issues at home. Presently I have two children whom I hope to pass the hobby onto in the future.