Among the items in the Pro Football Hall of Fame‘s online gift shop are a series of five mini busts that Buzz couldn’t help but be drawn to.

Why? Buzz can’t figure out whether they are cool or creepy. 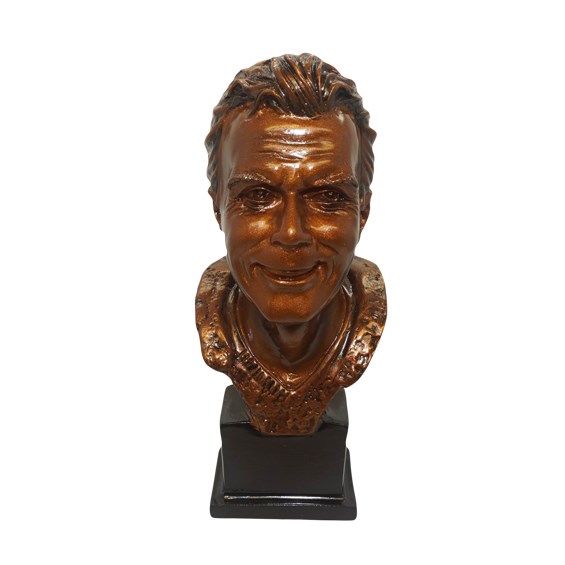 Each of the 295 members of the Hall was made into a bust after induction, but only five have been shrunken down to five inches tall and re-made in an edition of 10,000 for fans to buy. They can be bought on the Hall’s site for $29.99 plus shipping.

The players available are among the more-iconic names in the game — Emmitt Smith,  Joe Montana, Joe Namath, Terry Bradshaw and Walter Payton.

Cool or creepy, though? I’ll leave that to you after you take a look at the gallery.