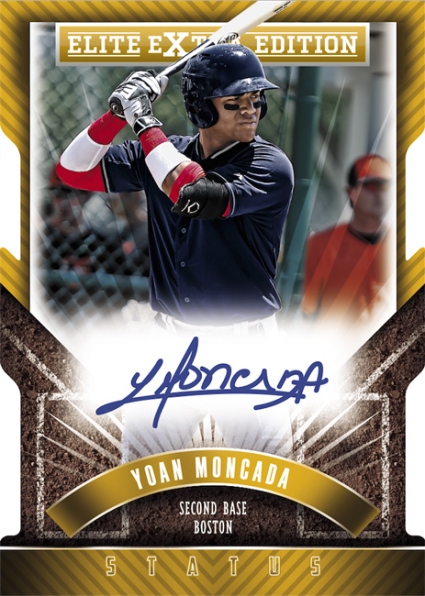 When Panini America first revealed 2015 Elite Extra Edition back in October, it promised that the annual prospecting staple would include plenty of autographs — eight to 10 in the warmest of Hot Box scenarios and six autos for the standard boxes.

But there will be even more ink when it arrives next Thursday.

A lot more in every case.

Elite Extra Edition will now “deliver unprecedented value,” according to the company, with five of the 20 boxes in a case now set to deliver 10 autographs. On top of that, seven more boxes will have eight autos, meaning 12 of the 20 boxes in a case are now technically Hot Boxes using the company’s previously stated plans. In past years, a handful of boxes per case were Hot.