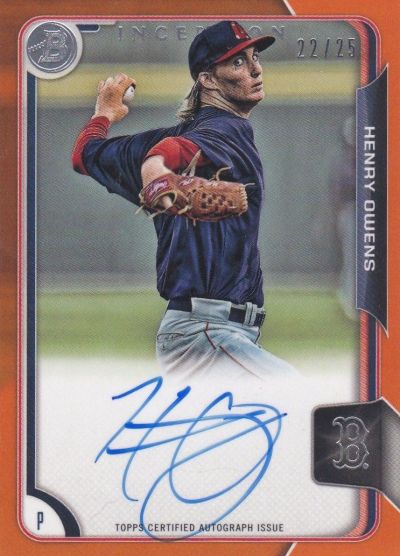 Henry Owens made his big-league debut with the Boston Red Sox in 2015 and this year he’ll debut with a new team.

Topps revealed Owens as the latest exclusive member of its autographed memorabilia team on Wednesday. He joins reigning American League Rookie of the Year Carlos Correa and New York Yankees pitcher Luis Severino. The company also teased that there will be more TA announcements to come.

“I’m very excited to be a part of this new endeavor with Topps,” Owens said. “First, being featured in their card products. Now a featured athlete for their Topps Authentics brand. Quite the honor.”

“We are thrilled to add Owens to the Topps Authentics lineup,” said David Leiner, Topps’ VP & GM of North American Sports and Entertainment. “Owens is part of a great, young crop of rookies making a lot of noise in baseball right now.”

Autographed jerseys, balls and oversized cards will be part of the exclusive deal — they will only be found on Topps.com.