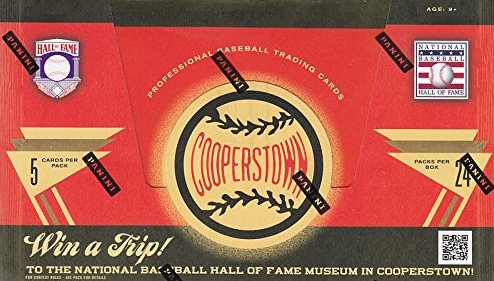 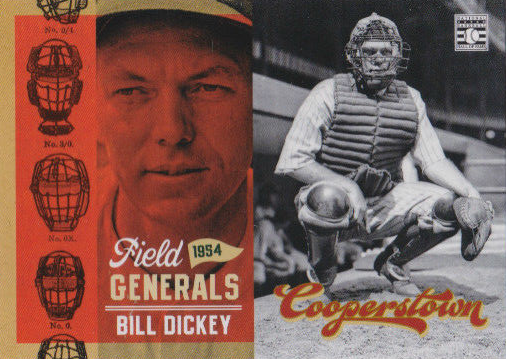 What’s Buzz-worthy: This was the first Panini America Hall of Fame set and it’s perhaps the best in terms of a comprehensive look at the game as seen in Cooperstown. The base cards carry pretty extensive bios and stat totals, while an array of inserts (gallery of some possibilities are below) takes you there to see artifacts and explore other facets of the game, too. There is one Hall of Famer autograph per box and in some boxes you’ll land two autos. The lineup here is legendary and it’s one that also includes legendary broadcasters. The Vin Scully autograph limited to 100 copies is still a $1,000 card on eBay, while rarer on-card autos of greats like Stan Musial here will surprise you. (Buzz pulled that scan off eBay instead of scanning his own and was shocked to discover that was a $300 card.) At its present box price, there can be serious bargains to be had from a financial standpoint. From a collecting standpoint, this brand holds up as one of the best ever made when focusing on the Hall in all aspects — info, design, inclusions, autographs. It’s a Cooperstown-worthy release.