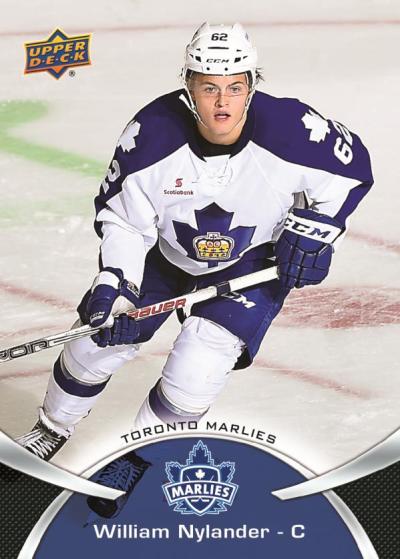 What’s buzz-worthy: Some of hockey’s next stars can be found down in the American Hockey League and Upper Deck’s newest AHL set gives them the big-league treatment before they arrive.

The Basics: The base set will include players for all 30 AHL teams with autographs, stickers and temporary tattoos among the inclusions here. Along with those will be some short-printed base cards. … Top Tier Future Superstars cards will be found in every pack, while tattoos and stickers will be found roughly three per box. Autographed parallels for rookies will be found one in every 12 pacs and base set auto parallels will be one in six. Overall, there will be five autos per box. … A preliminary checklist for standard cards and signers was not released.