Do you own a card of one of the NFL’s smartest players? The answer is probably not.

This week, Baltimore Ravens center John Urschel revealed that he’s pursuing a doctorate in math at MIT with a focus on Spectral Graph Theory, Numerical Linear Algebra and Machine Learning.

You clearly know what those things are … right? But what you might not know is how few football cards he appears on. 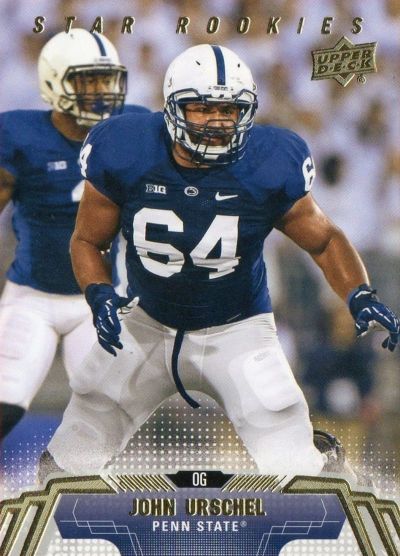 Only Panini America and Upper Deck have made cards for the former Penn State standout. Upper Deck included him on four cards in its 2014 flagship football set — a standard card, Glossy parallel, an autograph and a Holofoil auto. Panini included him among its Father’s Day promo packs with a jersey card, a jersey auto and then jersey parallels in Cracked Ice and Lava Flow formats.

His unique story might lead him to more cardboard appearances, though being an offensive lineman won’t help. He was a fifth-round pick in 2014 and started in seven games this past season for the Ravens and 10 total in his career. You can read more about him here.