On the heels of a re-release of the politicians cards in this year’s Garbage Pail Kids set for the Iowa Primary, Topps has created a set of new GPK cards only available for a limited time coinciding with the New Hampshire Primary.

Why? People love their politicians — or ripping on them.

A new batch of nine pairs of card-size stickers, as well as a full set, are initially available for 24 hours only via Topps.com.  Who’s in it? Keep reading … 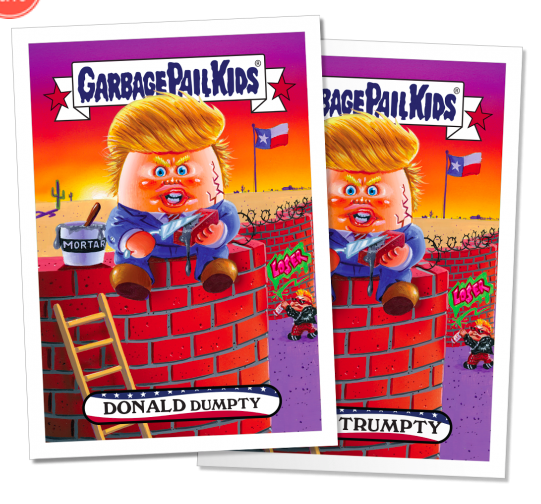 The standard-sized set of all candidates is $49.99, while pairs of individual stickers for each person are $9.99 if purchased separately.

Here’s a rundown of the checklist …

Update: Here are the print runs announced the following day, which are substantially lower than the previous Iowa Primary cards that ranged from 1,061 for Jeb Bush to 1,174 for Donald Trump: