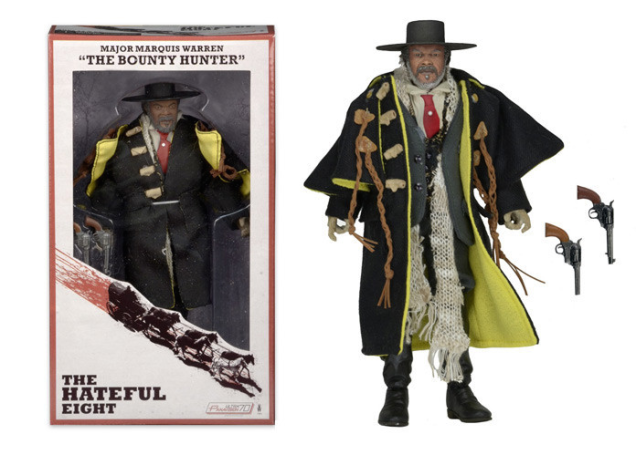 Quentin Tarantino‘s latest film, The Hateful Eight, may rank near the bottom of the legendary director’s box-office totals, but the cast of eight memorable characters in the violent and frigid Western film just might be heating things up soon.

Where? In the collectibles realm. 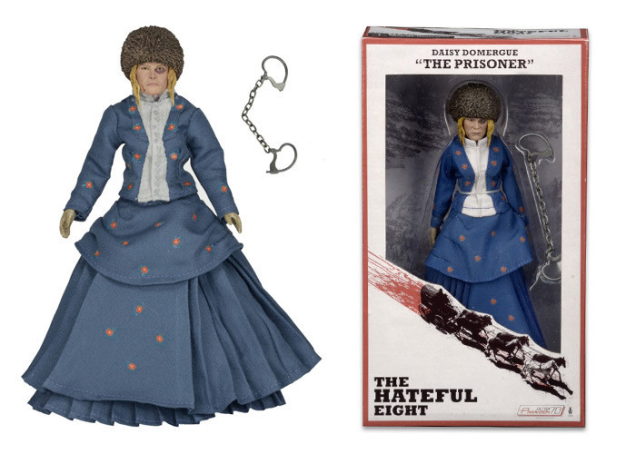 All eight characters from the film have been re-created in a series of 8-inch clothed figures by NECA and asking prices have ranged from $50 to $150 per figure on some toy sites to more than $325 for the set on store sites — not auction sites — so far if they are even available. Asking prices on eBay have trended even higher.

Here’s a rundown of the characters and actors, which are all made in the same quantities — one per case:

Check them all out in our gallery below.