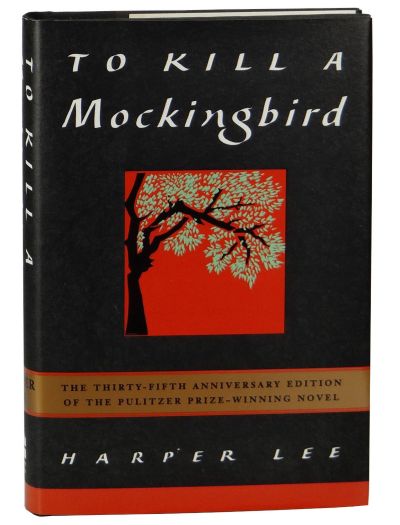 The world lost a Pulitzer Prize-winning author on Friday as Harper Lee, the author of To Kill a Mockingbird, died at age 89.

An iconic book in American literature and a staple of educational reading, the novel was the only one Lee published in her career — until a year ago when her second, Go Set a Watchman, arrived 55 years after Mockingbird.

While the story of her book is well known, her life really isn’t as she intentionally lived out of the spotlight after her literary success. Lee granted no interviews after 1964 and made very few public appearances in the past and, as a result of this, signed copies of her book are relatively rare given the potential demand. (Translation: They’ve always been expensive but can be found.)

In recent years, Lee had returned to her small hometown of Monroeville, Ala., population 6,519. According to some accounts, she had signed copies of her book for a few years for small stores there or in occasional private sessions, but she stopped when she saw how much people were paying for them and after she suffered a stroke nine years ago.

Older and original copies of Mockingbird as well as old handwritten letters have always been in-demand, though asking prices on those types of items now is much higher.

All of this is, of course, a reflection of Lee’s important place in American literature and people revisiting the story of both Mockingbird and its author. In 2007, she was awarded the Presidential Medal of Freedom — the nation’s highest civilian honor — by George W. Bush. (That’s also the moment that created her only trading card, which can be found in the 2009 Topps American Heritage Heroes Presidential Medal of Freedom insert set.)

“Laura and I join our fellow Americans in mourning the death of a legendary novelist and lovely lady, Miss Harper Lee,” Bush told The Associated Press today. “Harper Lee was ahead of her time, and her masterpiece … prodded America catch up with her.”