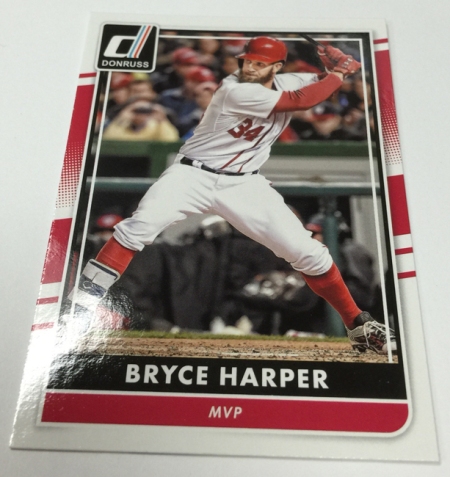 While The San Diego Chicken’s memorabilia cards might be the biggest draw of them all when 2016 Donruss baseball cards arrive next week, there will still be plenty to chase with a hit-loaded and insert-loaded flagship set (see our First Buzz here) from Panini America.

Panini unleashed a preview gallery of 150 cards on Friday, and a handful stood out as having quirks similar to last year’s variations. 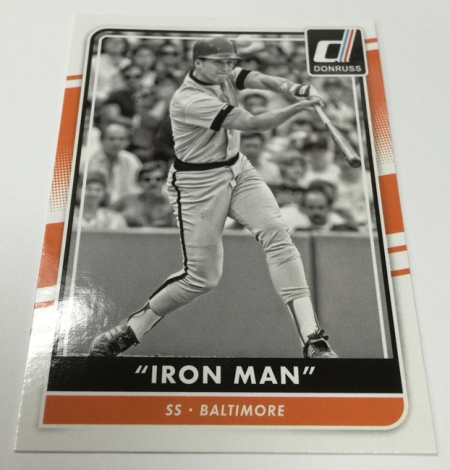 A Bryce Harper card noted his MVP status — a variation we saw last year in a few instances — while three others had nicknames on their card fronts. Among those Cal Ripken Jr.‘s card was seen in black and white. In last year’s set, missing design elements, reversed negatives and text variations like these were found for key players from the past and the present.

Once a final checklist arrives, we may have a better idea how many cards have variations — or we might not if there are no clues beyond these images before its arrival.

One thought on “Nicknames, honors likely part of variation chase in 2016 Donruss”