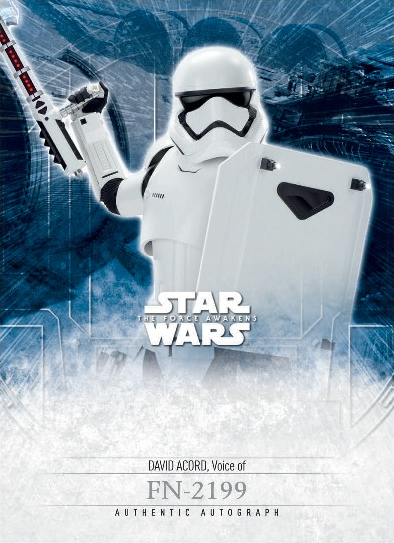 Topps has a pair of upcoming non-sports sets in the works — Star Wars: The Force Awakens Series 2 and Doctor Who Timeless — and the company has been busy teasing upcoming signers for both releases.

So far, there have been five names announced for both sets. For the Star Wars set, there will be former Alias and Heroes star Greg Grunberg, BB-8 operator Brian Herring, Harriet Walter, Jessica Henwick and David Acord.

For the Who set, there will be autos from Seventh Doctor, Sylvester McCoy, Michelle Gomez, Georgia Moffett, Camille Coduri and Arthur Darvill.

There will be more to come for both of these brands before their release dates — 2016 Topps Star Wars: The Force Awakens Series 2 arrives on March 23, while 2016 Topps Doctor Who Timeless is scheduled to arrive on May 5.