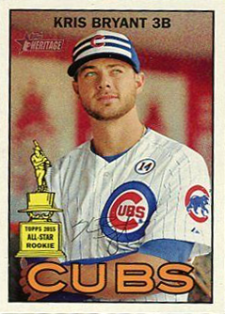 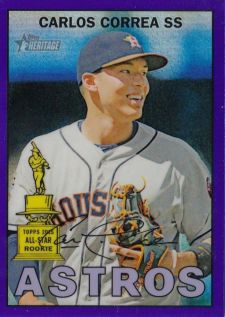 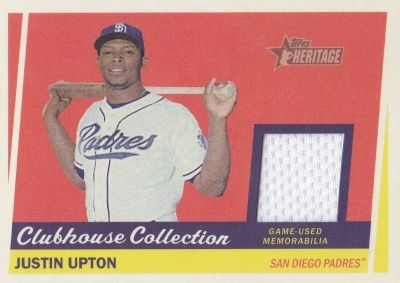 What’s Buzz-worthy: The annual trip back in time called Topps Heritage revisits 1967 this season with a detailed reproduction of the green-backed classic that includes touches of today. One example? Bubble gum stain parallels — an insert that was barely spotted here as the back of the Astros team card is essentially a checklist of black type on a white background … Since this was a Hot Box, it included a Purple Refractor in 23 of the 24 packs. Thanks to those cards, there was a lot more star power in this box. (As has happened in the past, some Chrome cards show players on their old teams, while their base cards have been updated, too.) Without them, it could have been rough. Buzz didn’t notice the one shorted Purple — it could have been in the Relic pack. … There are plenty of oldschool variations to be found here via errors and variations. There was one action photo swap in this box. You can get a list of all found as well as a gallery of cards here. … The star power was limited among the standard cards in this box but that was helped by plenty of rookies and a seemingly overabundance of team cards. The stars were a bit elusive among the short-prints here, too. Despite all that, this was still a relatively fun rip, though pulling the Relic the a second pack took a little edge off of things. … There are big possibilities in this brand if you get lucky or if you buy in bulk. F0r collectors of a certain age, this might qualify as their flagship brand and annual staple.