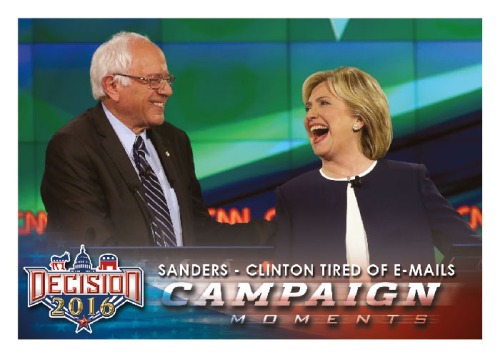 We’re still a couple weeks away from the arrival of Decision 2016 trading cards — a set for the fans of politics — but there’s one thing that’s arrived to offer some clarity during this tumultuous season. 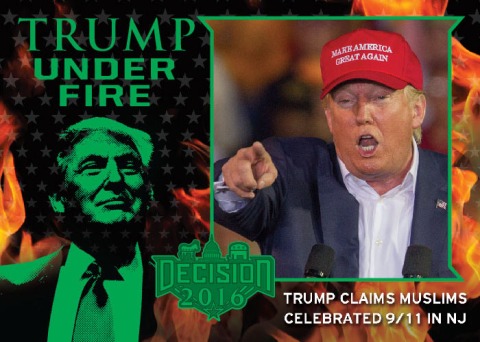 The 110-card base set will include 24 candidates cards, 26 influencers cards, 14 spouses cards, 11 debates cards, 14 finalists cards, seven moments cards and 13 future stars. There will be 25 additional high-numbers cards for the set with more recent highlights and others of note.

There are four types of inserts then a set of cut signatures, flag patches, letters, gems, postage/coin cards and shredded currency cards. You can see some new images below and past images in our First Buzz preview found here.