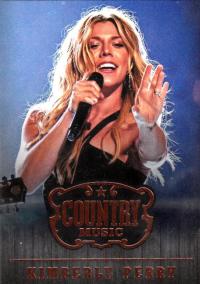 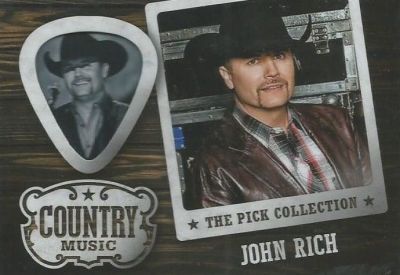 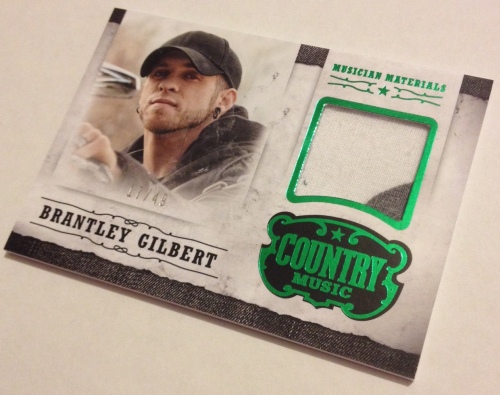 What’s Buzz-worthy: This release is a landmark one for the genre of country music in the “hits” era of the hobby. There have been other sets for the genre — but not with autographs and memorabilia cards. The hobby boxes have four packs with a hit in each, while these retail boxes have plenty of base (enough to build a set and a half) and two hits. Sometimes there are autographs and memorabilia cards inside these boxes, while some will have a retail-only Pick Collection card that has an embedded window to look like a pick (manufactured relic). … Green parallels are retail-only finds and this box was chock-full of them, including the hit. … For those who don’t know, there are even bigger names (not in base set) on autographs, including Miranda Lambert, who continues to sell very, very well on eBay along with others. There are some big autos to be had in this release and the photography and design are strong — strong enough that people who don’t follow country music might dig in to find some of the bigger-name autographs. That’s a lineup that, besides Lambert, includes Darius Rucker, LeAnn Rimes, Tracy Lawrence, Kimberly Perry, Sara Evans, Terri Clark, Wynona Judd and many dual-, triple and quad-auto cards. At its prices now, this one’s worth a look.

Product Grade: A
Box Grade: C (parallels of inserts in this box were quite repetitive here)
Fun Grade: B