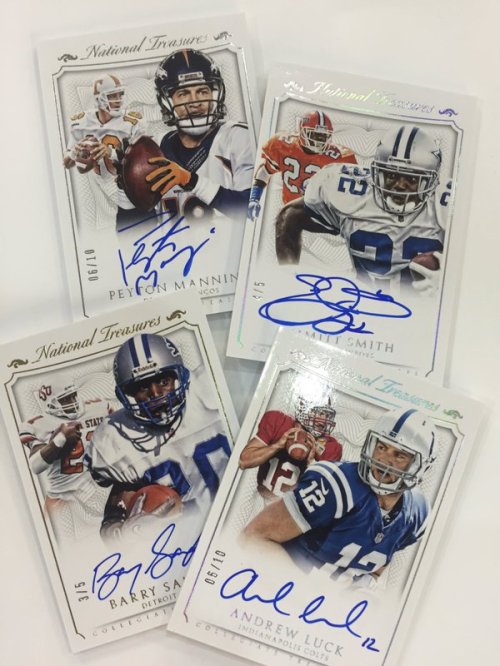 This year’s National Treasures football card set is slated to arrive next week packing some of the biggest names in the history of the game.

But don’t take Buzz’s word for it … just check out the gallery of cards teased by Panini America so far this morning as it fills the boxes of 2015 Panini National Treasures by hand today down in Texas. 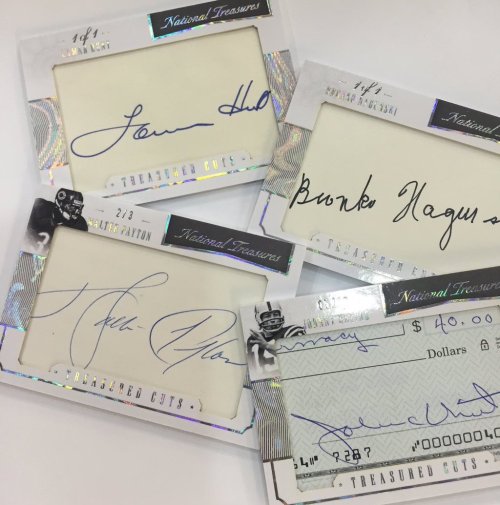 Each box of National Treasures includes eight cards — three autographs, three memorabilia, two base/parallels and there are four boxes per case. This year’s will include Treasure Chest cards as well, while you can see more info in our First Buzz preview here.