For nine years, Joe Garagiola was a big-league catcher, but for decades after that he was a voice of baseball and a personality on network television.

He worked NBC‘s Game of the Week and World Series coverage and was a host of Today and a fill-in host on The Tonight Show, too. He died on Wednesday at age 90.

“We are deeply saddened by the loss of this amazing man who was not just beloved by those of us in his family, but to generations of baseball fans who he impacted during his eight decades in the game,” said a statement from his family. “Joe loved the game and passed that love onto family, his friends, his teammates, his listeners and everyone he came across as a player and broadcaster. His impact on the game, both on and off the field, will forever be felt.” 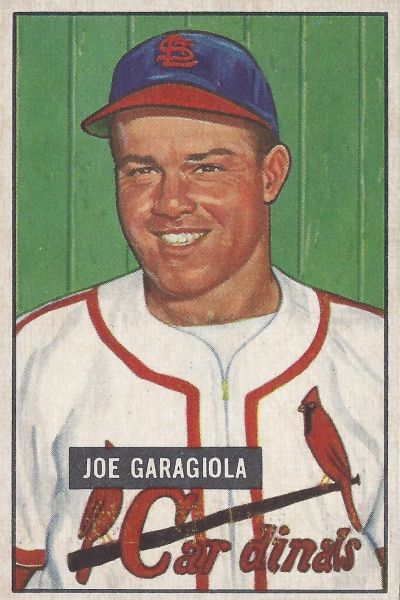 Garagiolia made his big-league debut with the St. Louis Cardinals in 1946 and his wax pack debut with a Rookie Card in the 1951 Bowman set. He also played for the Pirates, Cubs and Giants in his big-league career that included a .257 average and 481 hits in just 676 games.

In 1991, he was honored with the Baseball Hall of Fame’s Ford C. Frick Award.

Interestingly, he appears on very few baseball cards despite his years in the public eye … or ear. He has fewer than 60 different cards and just 10 of those are certified autographs. He appears on four autographs from Sweet Spot, Topps Archives and Topps Heritage back in 2001 and most recently on cards in Panini America‘s 2012 Cooperstown and Golden Age releases.