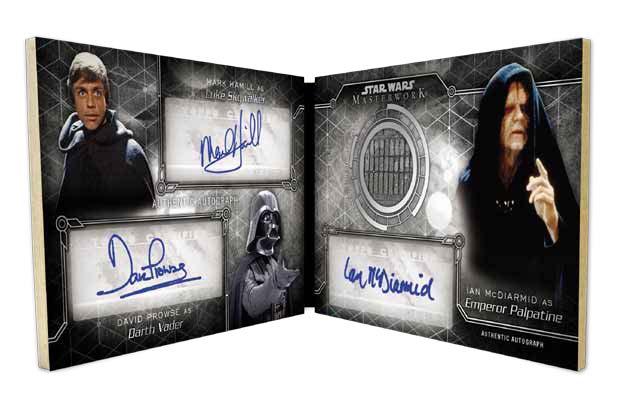 What’s buzz-worthy: Topps ushers in the new generation of Star Wars to the high-end with a mix of the past and present films in the sophomore release of its highest-end set for the franchise, complete with new signers and new Relics that include … wait for it … a piece of the Death Star. 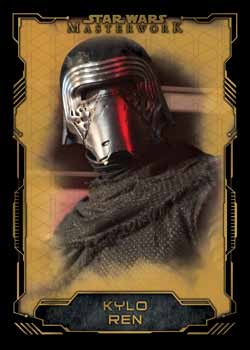 The Basics: Each box will include four five-card packs (a mini box) with three base cards, one parallel and one hit — a mix of autographs, Relics, stamp cards and sketches. … New here will be Relics with a piece of the Death Star set along with a new wave of Stormtrooper gear pieces and Bespin guard uniforms. Other Relics will include medallion cards and stamp cards. … More than 70 signers will be found in the brand with a combination of single-signed on-card autographs and group ensembles each with parallels. … For the base cards, it’s a 75-card set with short-prints to be found and 72-point stock used. There will be five parallels per — Blue Metallic (one per box), Silver (/99), Green (/50), Purple (25) and Gold (/1). … For the insert lineup there will be just three sets — Great Rivalries, Aliens & Creatures and Show of Force. These will have Rainbow, Canvas, Wood, Metal and Gold parallels.