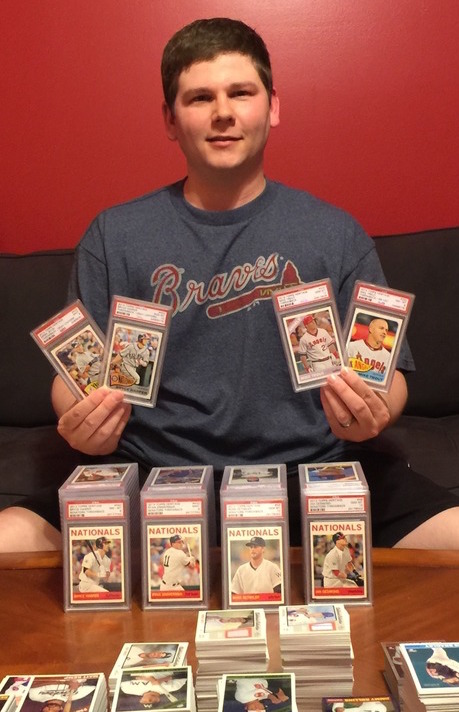 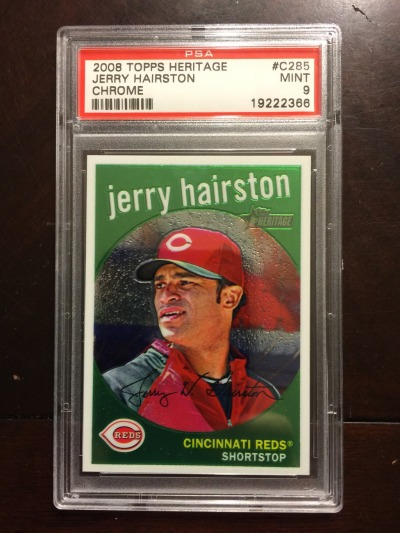 One cool card: 2008 Topps Heritage Chrome Jerry Hairston. This is a really rare card and it is unknown why. Although the print run for this set is 1,959 copies, I believe about only 10 copies of this card are known to exist. 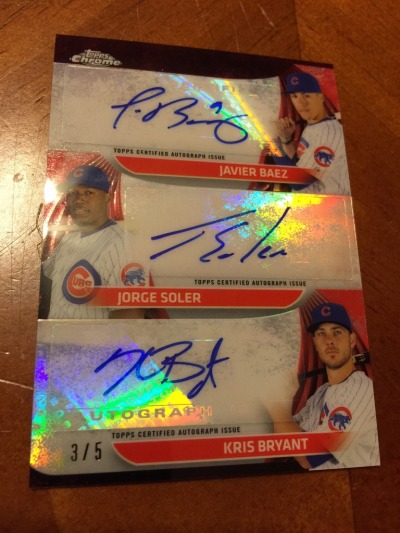 Best pull: 2015 Topps Chrome Triple Auto Red Refractor of Kris Bryant, Javier Baez and Jorge Soler. I bought the last jumbo box at my card shop in February this year and there it was — I could not believe what I was seeing. I still own it. Just an absolutely beautiful card.

In his own words: When I was 11, my dad bought me a hobby box of 1995 Bowman. I remember sitting there with him opening every pack, sorting all the cards, and filling up a binder. I was so excited not only because I was a huge baseball fan but it was with my dad. Those were the first cards I can remember collecting. Thus, starting my journey of collecting baseball cards. Now that I’m 31, with a son of my own, I get to share the joy of collecting with him. Sure, collecting makes you feel part of the game and there’s the thrill of potentially pulling that monster card, but teaching my son about the hobby is special to me. That’s a big reason why I collect.