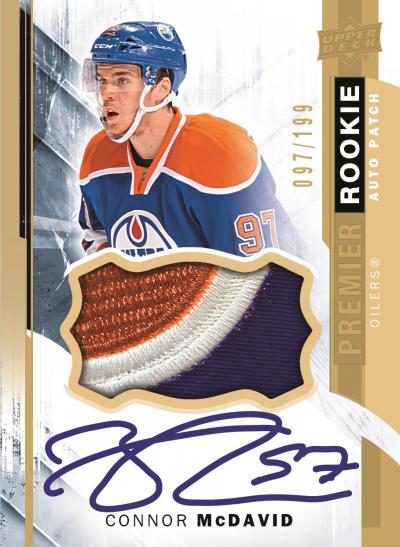 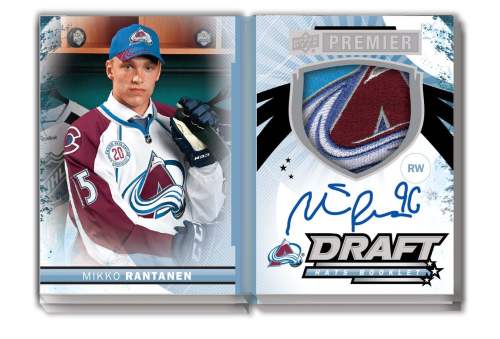 The Basics: Each box of this one includes one rookie patch auto, a rookie jersey, a base Rookie, a base veteran and three more hits. The rookie patch autos all feature acetate stock with on-card autos and oversized swatches and they also will have Gold and Silver parallels and an ultra-rare Platinum Blue Spectrum 1/1 version. … Premier Mega Patches will be found with four types of patches — chest logos, sleeve numbers, shoulder logos and commemorative logos. … Rookie Draft Cap booklets, which feature the caps worn on Draft Day. … Other inserts will include Signature Award Winners, Signature Champions, Inked Script and Premier Signatures, while Upper Deck also will include 20 rookie autos from players not on a patch auto. … The basic set consists of 50 cards capped by 50 basic Rookie Cards.