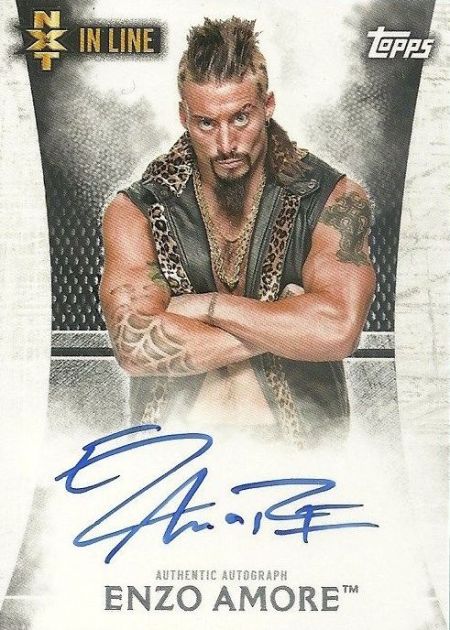 He’s one of the WWE‘s newest performers on its main roster and is already easily among the most-colorful and most-energetic stars of the bunch.

But after a scary injury during the Payback pay-per-view on Sunday night, Enzo Amore might be one of its luckiest stars — that his injury wasn’t worse — and the one with the highest-profiles on social media as footage of his injury continues to trend.

A simple whip into the ropes where he was either supposed to slide or turn back into the ring resulted in his head hitting a rope, jolting his neck and sending him immediately downward where he hit his head on the ring mat and fell outside of the ring unconscious.

The high-profile tag-team match he was in was immediately stopped without a finish and he was taken off on a stretcher before being diagnosed with a concussion and released from the hospital early this morning. (A video of the sequence is embedded above.)

Amore has appeared in just a handful of WWE releases since 2014 when he made his debut on an NXT Prospects insert card in 2014 Topps WWE. He has just four certified autograph cards — all coming in the landmark 2015 Topps WWE Undisputed set, which was the first high-end release in WWE card history. His standard card is not numbered, while there are just 76 total autos for the three parallel cards. Meanwhile, his only memorabilia cards can be found in 2015 Topps WWE Heritage.

He is not slated to have any autographs or memorabilia cards in 2016 Topps WWE, which arrives on Wednesday.