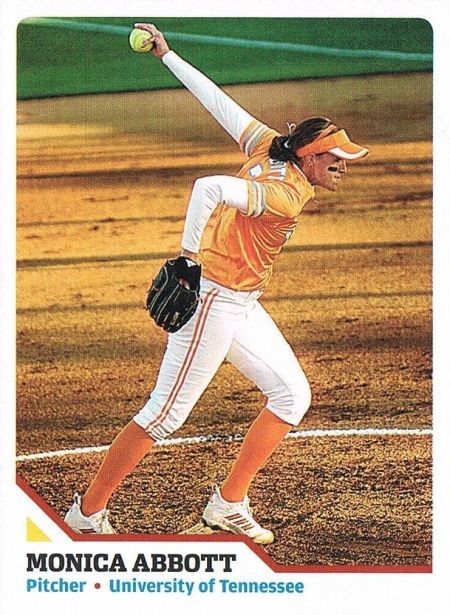 Most collectors may not know Monica Abbott‘s name, but if you’re a fan of softball you certainly do.

She was dominant at the University of Tennessee where she set NCAA records for strikeouts (2,440), shutouts (112) and victories (189) — and she also had 23 no-hitters and six perfect games. She was a member of the 2008 Olympic squad that won silver and she threw the Olympics’ first perfect game.

But today she reached a new plateau in the world of sports. 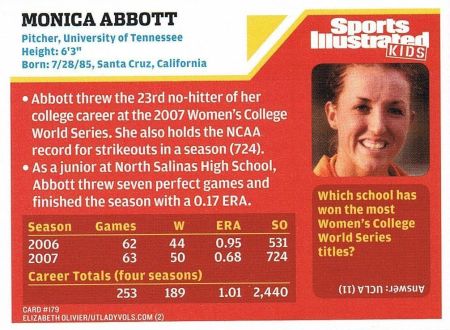 The 30-year-old’s dominating career has largely eluded cardboard. Her only “major” release came via a Sports Illustrated for Kids card found in a magazine back in 2007. She also appeared on a card in a 2007 USA Softball set.

However fans can find autographed game-used cleats on her official website for $79.99, signed softballs for $14.99 and signed photos for $11.99.