The Pittsburgh Penguins are the Stanley Cup champs and Upper Deck will make the cardboard to prove it.

Just 5,000 copies of the 2016 Upper Deck Stanley Cup Champions set will be made and they will each include just 18 cards. 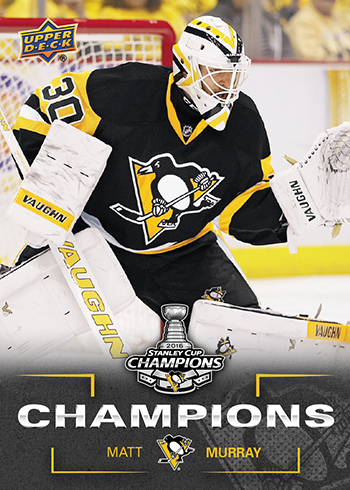 The set will be available at selected hobby shops as a gift with a 2015-16 NHL box purchase, a hockey purchase of $35 on Upper Deck’s site, or via selected group-breakers.

The sets will be available beginning at the end of June and it’s a set that includes Sidney Crosby, Evgeni Malkin, Phil Kessel, Kris Letang, Nick Bonino and rookie goalie Matt Murray to name a few. A full rundown of the checklist is below.