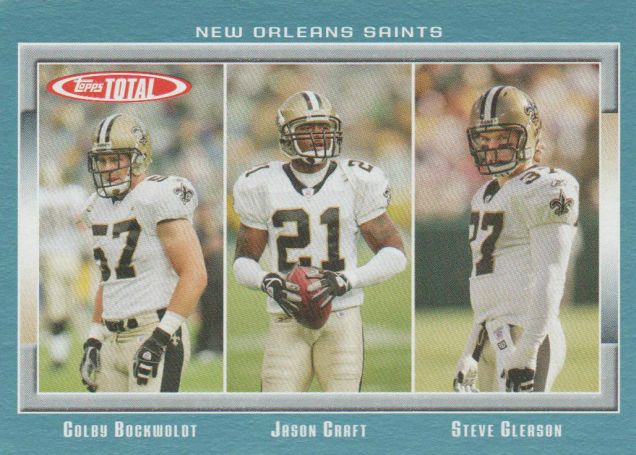 If you don’t know the name Steve Gleason, you’re probably not alone — but plenty more people will know his story soon.

He played seven seasons in the NFL — all as a New Orleans Saint. He started just one of those contests and has a career stat sheet that includes two fumble recoveries and 59 total tackles.

His cardboard resume is even smaller with just 11 cards — 10 from the 2006 Topps Total set and one from a team-released set.

Why do these matter right now?

Nothing is stronger than the human spirit. Watch the trailer for @GleasonMovie & see it in select theaters 7/29: https://t.co/q0esjFM8oU

He’s the subject of a documentary that was a hit at the 2016 Sundance Film Festival — and Gleason takes us along with him as he documents his story fighting Amyotrophic Lateral Sclerosis, Lou Gehrig’s Disease.

The film hits theaters on July 29 and you might recognize some of the music from the trailer, which was released today, seen above.

Interest in Gleason’s story has prompted some to pick up copies of his football cards, which are commanding a few more bucks than they did during his NFL career. He’s actually not the only former NFL player who had been stricken with ALS as former Philadelphia Eagle and New England Patriot Kevin Turner also documented his fight with the disease.