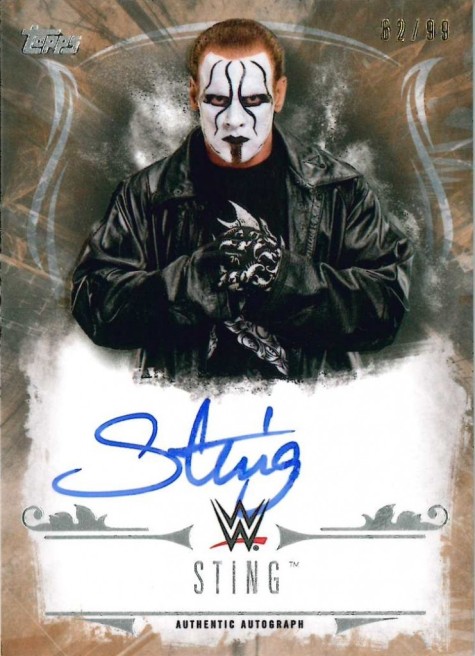 Topps is following up on its first high-end WWE set with a sequel less than a year later and we’re just two weeks away from the arrival of 2016 Topps WWE Undisputed, which is now set for a July 6 release.

That means the final checklist is here.

There won’t be as many autographs in every box this time around, but there will be plenty of autographs that should be in demand with a crop of new signers and young stars filling those high-end packs.

Among the autographs of note here? A.J. Styles, Asuka, Bret “Hit Man” Hart, Finn Balor, Lana, Sasha Banks, Samoa Joe, Sting, Trish Stratus and cut autos of Randy “Macho Man” Savage, Miss Elizabeth and “Classy” Freddie Blassie. Most of the names you would expect are found here, though none of those elite names that have never or rarely signed for a WWE release.

The basic set of 100 cards has 60 WWE Legends. Why? The Divas are separated into their own insert set along with notable tag teams.