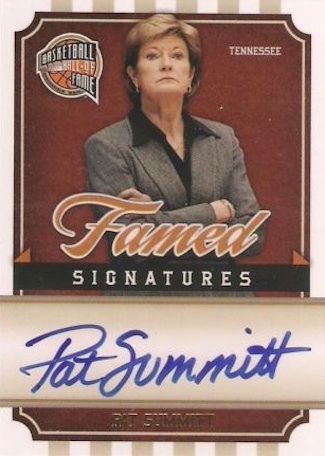 When it comes to women’s basketball, there’s one name that should come to mind first — the long-time coach of the Tennessee Lady Vols, Pat Summitt. She died Tuesday at age 64.

The Hall of Famer won more Division I games than any other coach — and her wins record still stands on the women’s side. She ended her career with 1,038 wins in 38 seasons along with eight national championships, 18 Final Four appearances and 16 SEC championships.

“She truly is a global icon who transcended sports and spent her entire life making a difference in other peoples’ lives,” UT Athletic Director Dave Hart said in a statement. “She was a genuine, humble leader who focused on helping people achieve more than they thought they were capable of accomplishing. Pat was so much more than a Hall of Fame coach; she was a mother, mentor, leader, friend, humanitarian and inspiration to so many. Her legacy will live on through the countless people she touched throughout her career.”

And when it comes to cardboard, there aren’t a lot of options for collectors. 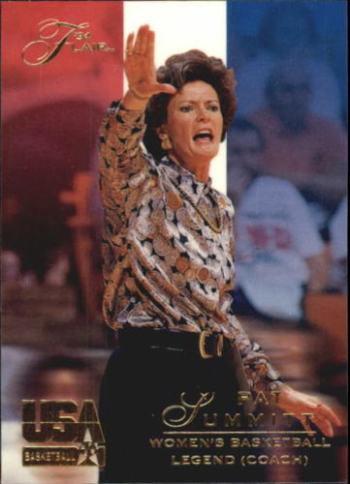 Summitt appears on just a handful of traditionally released in-pack basketball cards. She appears on a card in the 1994 Flair USA Basketball set — her first — while Panini America included her in its 2009-10 Hall of Fame release where she signed her only certified autograph, a card limited to only 599 copies. (She appears in three cut autograph sets from other companies) The Panini set also includes two parallels limited to just 200 total copies between them.

In 2011, she revealed that she had been diagnosed with diagnosed with early onset dementia Alzheimer’s Type, but she continued to coach one more season. She also helped raise millions of dollars as well as awareness about the disease through the Pat Summitt Foundation.