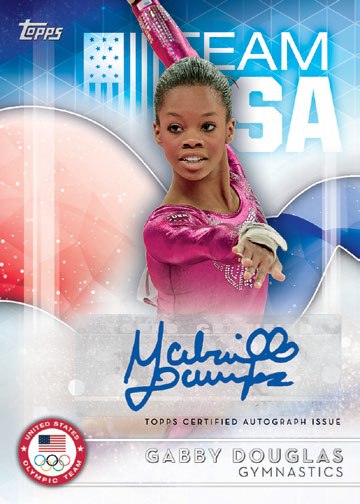 The U.S. Olympic Team is taking shape on the various fields of play but the final checklist for the 2016 Topps U.S. Olympic & Paralympic Team Hopefuls trading card set is here.

Among the notable signers for this one, which is set to arrive Friday with an autograph, a Relic and a manufactured Relic in every box, are a who’s who of Olympic stars. There will be ink from Michael Phelps, Claressa Shields, Missy Franklin, Natalie Coughlin, Abby Wambach, Sue Bird, Ryan Lochte, Rulon Gardner, Gabby Douglas, Brittney Griner, Candace Parker and many more. 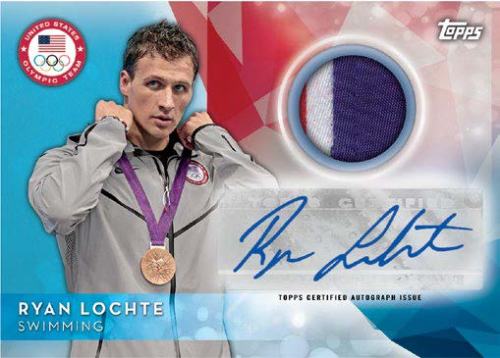 During the previous Summer Games, autographs like those of Franklin went from common status to more than $300 as she emerged on the national landscape with Olympic gold in her hand four times at age 17. For many of those on the checklists, these will be their only trading cards for fans watching (ones who might not collect regularly) to focus upon in eBay auctions.

The standard set will consist of 75 cards — a lineup perfect for pursuing through-the-mail autographs — while the product also will include cut autographs of Jesse Owens, Muhammad Ali, Bob Mathias, Louis Zamperini, Johnny Weissmuller and Joe Frazier.