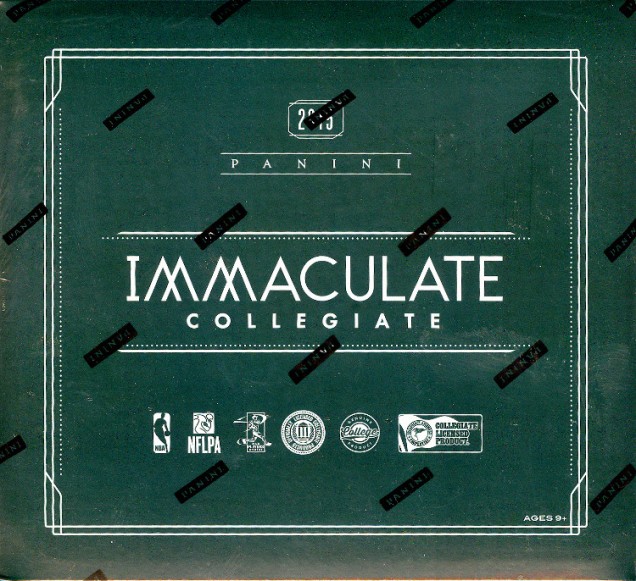 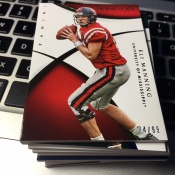 The box: 2015 Panini Immaculate Collegiate
Where to buy: BlowoutCards.com 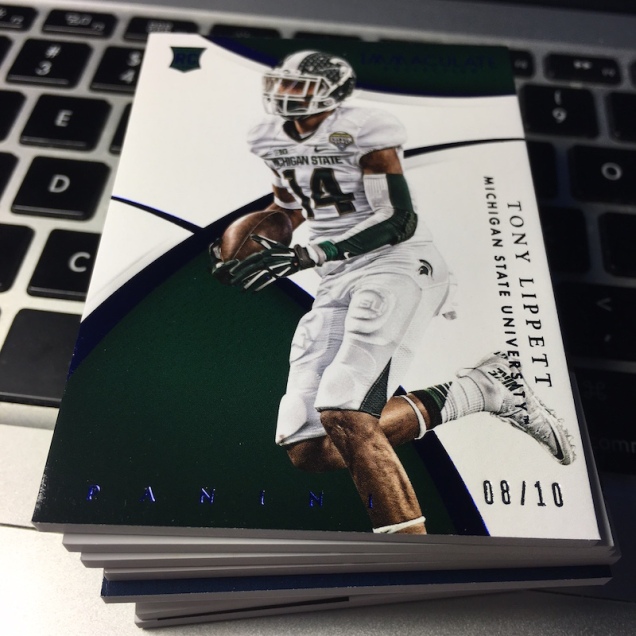 What’s Buzz-worthy: This box was an odd one — if you’re a Duke fan or a Washington fan it’s a winner — but to most everyone else this kind of collation is just not what one would imagine out of a hits-driven, high-end release. Crowder was a star for Duke and had 59 catches for 604 yards and two touchdowns last season for Washington but three of the seven hits in a box for one guy is rough. (And a Fun Grade of C- is probably too nice.) The rest of the box showed some flash with a Frank Kaminsky (Wisconsin, Charlotte Hornets) and a Stanley Johnson (Arizona, Detroit Pistons), who sells pretty well. Each of those and one other card were multi-color or patch swatches, so that’s a plus, but there’s no doubt that Crowdering ruined the vibe here. … On the whole, college cards aren’t as popular as their NFL, MLB or NBA counterparts but they are cards (at least for non-prospects) that aren’t seen as much. If you land a big name, it could be quite impressive, albeit at a lower price than you’d might expect. A flipper might not be as comfortable with the return of college cards and that’s partly because the massive checklist really spreads those elite players out — Buzz think that hurts the appeal some. At its lower price point, it’s still a fun rip because of the surprise factor, though. … A negative with this release is being able to identify which cards are which as players have the same card numbers, auto-men attributes and serial-numbering volume for several cards. Crowder has several cards with the same number (No. 334) all limited to 99 copies but none have identifiers to decipher which specific set they are in. … This collector is a fan of college products, so it’s good to see the potential for the cards — there are a lot of possibilities and this product is a good starting point.

Win Our Hits: Keep an eye on the Buzz Twitter feed for giveaways of hits from this and other selected boxes to come … you never know when they might happen.