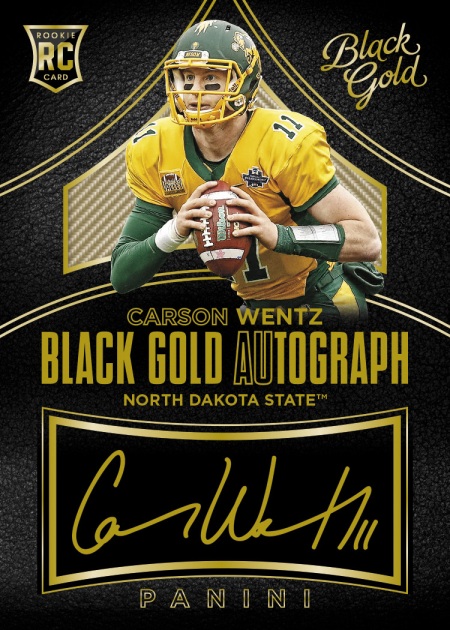 Panini America’s Black Gold brand is changing gears for its next release.

The previously solicited 2016 Panini Black Gold Collegiate was set to arrive as a multi-sport set on July 27 with four autograph or memorabilia cards per two-pack box. Now, it will be a football-only release with the same case price and suggested retail price but with better content for what the company calls an “extremely limited release.”

Because of the changes, each eight-box case will now include an on-card auto of Jared Goff or Carson Wentz as well as an autograph of Ezekiel Elliott or Derrick Henry.

Among the current and past NFL players to be found with autos in this one will be Aaron Rodgers,  DeAndre Hopkins, Eric Dickerson, Hines Ward, John Elway, Marcus Allen, Richard Sherman, Rod Woodson and Roger Staubach.