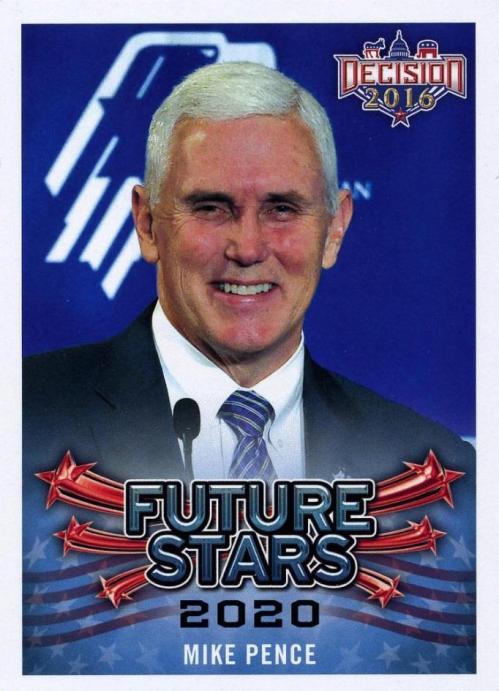 We’ve had plenty about Decision 2016 trading cards here on The Buzz, but if you’re a politically inclined collector chasing the cards of this year’s final four candidates — the Presidential and VP players — then you might be happy with Donald Trump‘s VP pick.

Collecting Mike Pence will be much easier than Trump or Hillary Clinton — and maybe easier than her forthcoming VP pick, too.

Pence appears on just one regular card in the set, No. 107, as part of the “Future Stars 2020” subset. That’s it. Then he has just three parallels of that card — Blue, Gold and Red.

And that’s all for Pence’s cardboard.

Trump, on the other hand, appears on more than 230 cards in the product — and maybe more depending on various promos for the brand.