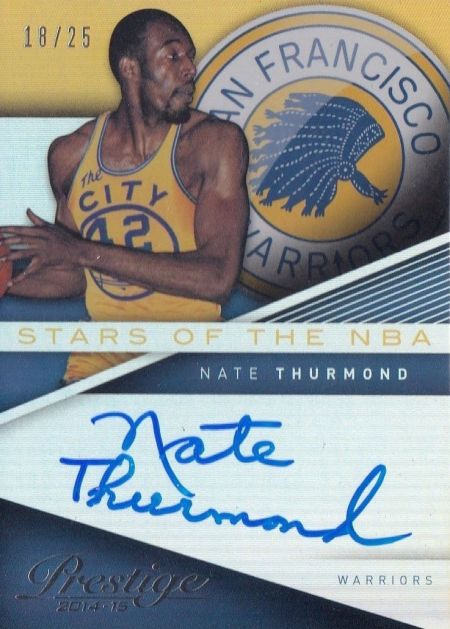 The Golden State Warriors lost one of the greatest players in team history on Saturday as Hall of Famer Nate Thurmond lost his battle with leukemia. He was 74.

Named to the NBA at 50 squad and elected to the Hall of Fame in 1985, Thurmond was a seven-time All-Star in his 14 seasons spent with the Warriors, Bulls and Cavaliers. He averaged 15.0 points and 15.0 rebounds a game for his career. He still ranks 11th on the NBA’s career rebounds list with 14,464, while his career average ranks fourth-highest in league history.

“We’ve lost one of the most iconic figures in the history of not only our organization, but the NBA in general,” Warriors owner Joe Lacob said in a statement. “Nate represented this franchise with class, dignity and humility as both a player and community relations ambassador for over 40 years. Without a doubt, he is one of the most-beloved figures to ever wear a Warriors uniform and both a Hall of Fame player and Hall of Fame person, hence his No. 42 jersey hanging from the rafters at Oracle Arena. On behalf of the entire Warriors organization, our thoughts and prayers go out to his entire family, including his wife, Marci. We’ll miss his presence in his customary seats at our games next season, but his legacy will live forever.” 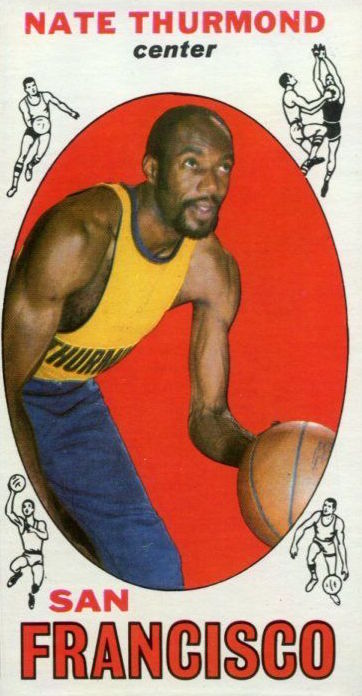 Thurmond appears on a modest number of basketball cards — fewer than 500 — but nearly half of them are certified autographs. He appears on fewer than 60 memorabilia cards from his career that ended in 1977.

Although he was the third pick in the 1963 NBA Draft, Thurmond’s lone Rookie Card can’t be found until the 1969-70 Topps set, a release that also includes RCs of Kareem Abdul-Jabbar (Lew Alcindor), Connie Hawkins, John Havlicek, Bill Bradley, Willis Reed, Elvin Hayes and Walt Frazier to name a few.

His earliest autographs were found in 1992 Courtside and he regularly appeared on autograph cards from Panini America up until the 2014-15 season.

“Nate was one of the greatest centers to ever play the game and I was privileged to call him a teammate and dear friend,” said Hall of Famer Rick Barry. “He battled his illness until the very end, like a true Warrior. His legacy is one of passion, fierce competitiveness, a love of basketball and selfless devotion to others. My heartfelt prayers go out to his family, friends and fans.”