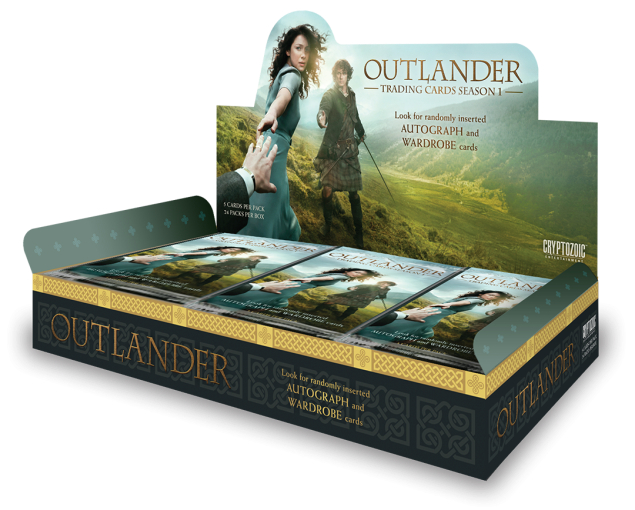 The story of Outlander is a complicated and different one — a World War II combat nurse finds herself back in 1743 for starters — and it’s grown from there over two seasons as it enters its third soon.

Its first series of trading cards is set to arrive this fall as well as Cryptozoic is preparing a set of Outlander Series 1 trading cards, which will include autographs and memorabilia from the Starz series.

Just three signers have been revealed so far but there will be more to come as there will be one autograph per box. Below is a gallery of everything that’s been teased by the company so far and Buzz will continue to add autographs as they are released before this product’s arrival later this year.