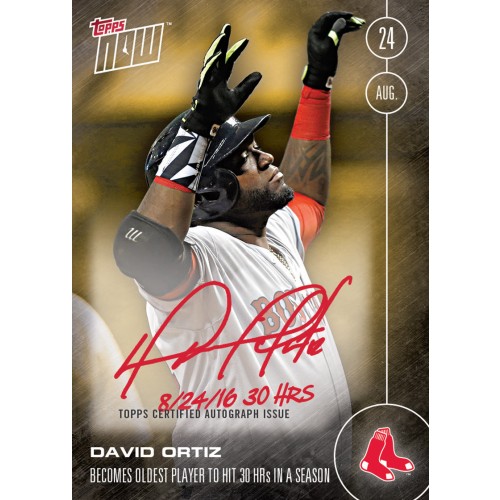 It might be the biggest (Papi) day in Topps Now history.

For the first time, Today’s Topps Now lineup includes autographs that can be purchased outright — David Ortiz — and Relics for the hard-hitting New York Yankees rookie Gary Sanchez on the same day as part of a 14-card offering. 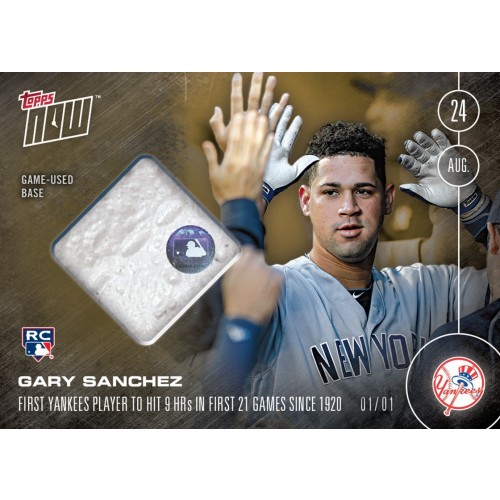 The Sanchez rainbow includes the same familiar five shades as past Relics with prices starting at $129.99 for the Relic limited to 99 copies.

Each of the standard cards will be available and printed to order initially only on Topps.com for only 24 hours. The others will likely be sold out within minutes of release.