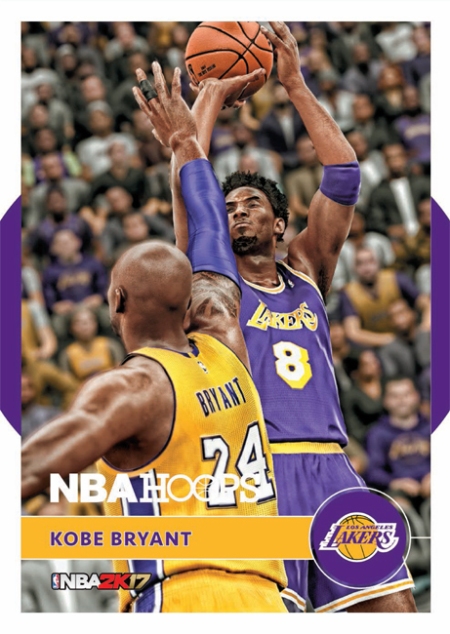 Panini America has a new Kobe Bryant tribute set that can be found in packs of 2016-17 NBA Hoops but can only be completed in “packs” of NBA 2k17 from 2K Sports.

Hoops arrives tomorrow, while the video game is out now.

There’s a two-card pack of cards in the Legend Edition of the video game and those include the first 10 cards in this set. The remaining 10 cards are found three per hobby box and two per retail box inside Hoops.

The set includes a mix of photos from his career as well as screen shots from the game and its fantasy matchup of young Kobe vs. old Kobe. You can see all 20 cards in the gallery below.