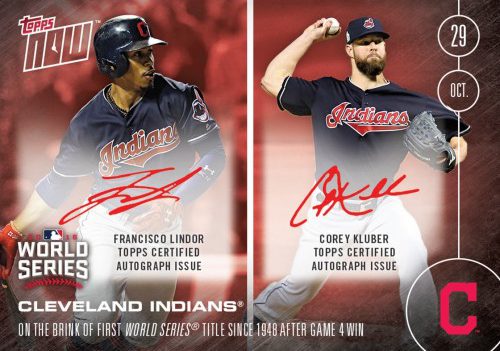 The Cleveland Indians‘ decisive win in Game 4 of the World Series Saturday night has prompted 11 more Topps Now baseball cards and there’s something that’s never been done before for the company’s online real-time card platform this time. 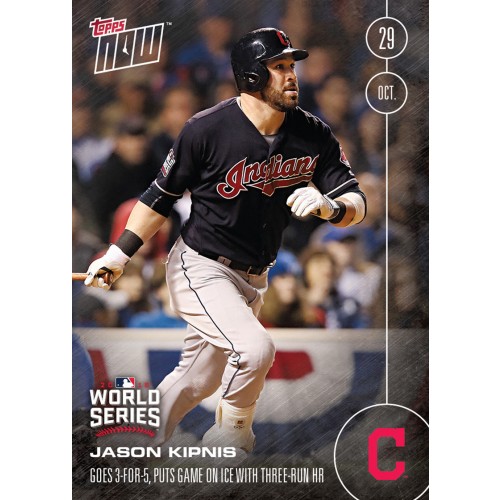 For the standard cards, which will be made to order via the Topps.com ordering platform, include a dual without autos as well as cards of Jason Kipnis, Andrew Miller, Kluber going solo, Carlos Santana and one non-World Series card noting the Relivers of the Year in MLB, Zach Britton and Kenley Jansen.