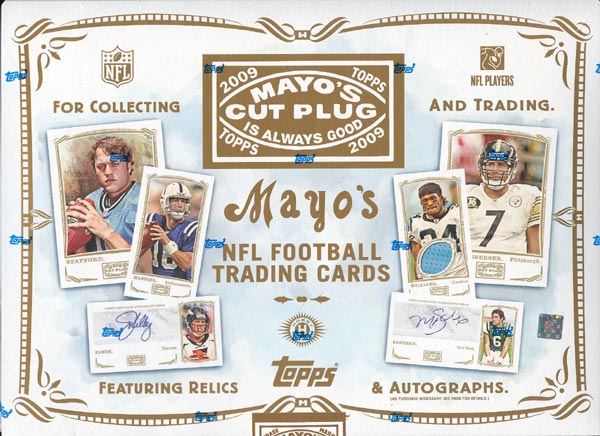 If you hadn’t noticed, there are a number of boxes with discounted prices now over on the mothership as BlowoutCards.com’s Black November Wave 3 hits today.

Buying older football boxes can be tough at times as players can come and go quite quickly, but, then again, so did this brand — but there aren’t many sets like it. It’s retro-styled football in the realm of Allen & Ginter with some downright unusual inclusions. Example? It’s the home of a Tim Kaine “Rookie Card” — perhaps notable to some collectors out there since we’re so close to Election Day. Mayo was only around two seasons, and it includes non-traditional autographs and Relics along with a decent mix of big football names. (The big names remain big but the rookies may not be.) For the price this one’s got potential and it’s bound to be very, very different than other NFL brands out there — no matter who you pull.

2015 Panini Prizm Collegiate Draft Picks football hobby box
Want another example of unique football cards? Check out the college-focused Prizm rainbow found in these boxes, which have a pretty dramatic discount (and a limit of one case per household). You’ll find two autographs per box along with a dozen inserts in every 12-pack box. Oh and you’ll also find some of the game’s biggest notable names among young NFL stars.

Breaking Bad Seasons 1-5 hobby box
One of the most-successful television shows in history can be found on cardboard, though there may be a lot of collectors who have not seen them. There are more than 20 signers for this one along with prop cards, memorabilia cards and plenty more in this product released back in 2014. If you haven’t seen it or ripped into a box and enjoyed the series, then now might be the time. 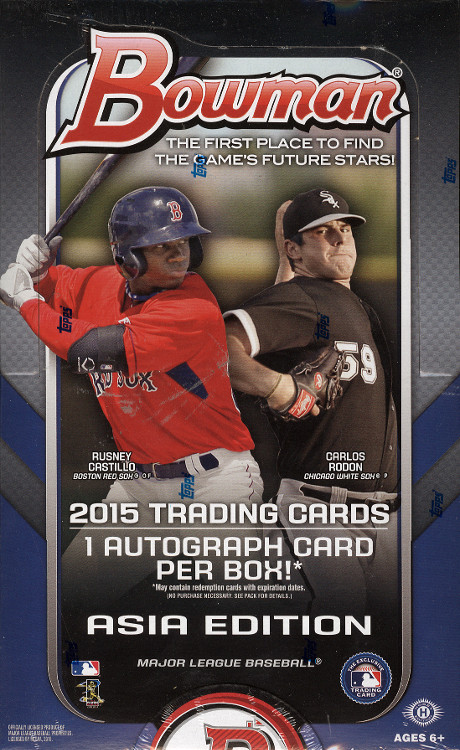 2015 Bowman baseball Asia Edition hobby box
If you’ve shredded plenty of Bowman boxes then you know the standard inclusions here. The Asia Edition has even more. You’ll find Black Chrome Refractors, Black-Red parallels and Black Wave Refractors here atop one autograph. (There are quantity limits, but now’s the time to consider a case if you’re chasing key players or ink.)

2011 Topps Baseball value box
Remember these bad boys? They seemed to seriously over-deliver on key cards and there’s a good shot at early ink and Rookie Cards for Bryce Harper and Mike Trout with those Topps Update and Bowman Chrome hobby packs inside. This was a retail-only release but it blew up because of over-delivering. These have a pretty steep discount for Black November and may be your easiest shot at those key guys — at least dollar-wise.