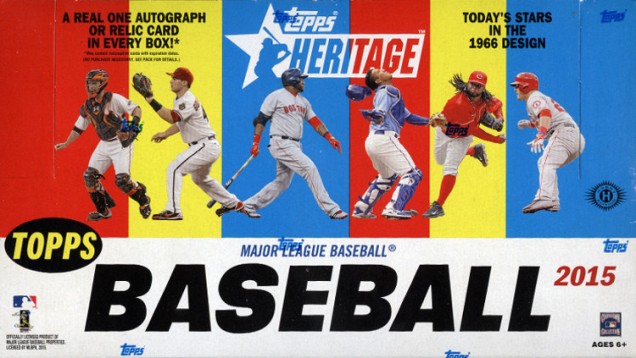 What’s Buzz-worthy: Topps Heritage is one of those brands that’s seemingly available every year for us to collect and collect hard — until it dries up. Last year’s isn’t quite bone dry but Buzz opted to pick up a blaster when found and this one paid off with a one-in-eight-boxes Relic. It wasn’t a card to break the bank but it was a nice find. This box was very light on star power with the base cards but since it was a Walmart box it did include one of 15 Sandy Koufax inserts in the “A Legend Retires” set. The Throwback to 1966 isn’t as strong as the year before it but might be stronger than this year’s release. There’s some strong potential inside these boxes, though at long odds sometimes. This box does show that there’s potential, though. If you like vintage cardboard or retro-styled new stuff, you probably know Heritage well. It’s worth a look.

Product Grade: B+
Box Grade: A
Fun Grade: B